It seems every new week bring the call for another resignation as part of the Black Lives Matter demands. As every new officer involved shooting calls for another Chief of Police to step down, how is this impacting our Law Enforcement?

In many cities, the number of new recruits into the Academy are dwindling month to month. In many major cities the number of resignations are on the rise. Many news sources have cited money as the number one reason for both. Men and women have reconsidered their career choices in light of the rising amount of danger to those that wear the blue. The risk factor combined with the inability to leave their families financial secure is not considered worth it.

The other dangers to law enforcement has been the unfair scrutiny. When an officer performs in the manner they were trained, they can still face a high level of criticism and outrage from a community. Despite the government overseeing the training, they are still quick to leave an officer out to dry. Even in the cases where a department has stood behind and incident, there is still unrepairable damage done to reputations and threat those that acted. The threats have not been limited to merely the officer, as in the case of Darren Wilson and others. Often the entire family has faced the abuse and harassment.

In North, South Carolina, it has reached the peak where entire police departments have resigned. In this case, it was the politics of the politics of a mayor that caused the breaking point. When a new mayor refused to honor their officers, let them use their freedom of speech, and tried to cater to those that want a more docile and ineffective police presence, the Chief resigned. His entire department followed suit, rather than compromise their standards. To my knowledge, Patty Carson, the mayor is question, has not issued any comments about her policies. Despite many attempts by media to reach her, she hasn’t given any statement.  Former Chief Mark Fallow released this statement to a local news station. 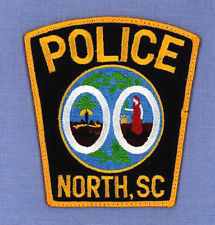 “We’ve given them a 60% reduction in violent crime and a 30% in property crimes and I’d love to continue that,” said Fallaw. “I just fear that because of the way this panned out, that they’re going to go in reverse now.”

This is exactly what the BLM crowd has been clamoring for, and why Law Enforcement continues to need support. This is just a small town, but imagine if this happened in Chicago, Los Angeles, New York, Atlanta, or St. Louis? Some of these cities are already seeing a drastic drop in police, as well as rising crimes rates. We must stand up for our own protection, or else the criminals will be allowed to run around unchecked.