Chauncey Nedd, Latausha Nedd’s (Eye Empress Sekhmet) father is now doxing witnesses who are providing evidence in the case against his daughter and then telling people to “Go get them”.   Latausha Nedd claims in the below video that her father is a black panther, listen in: 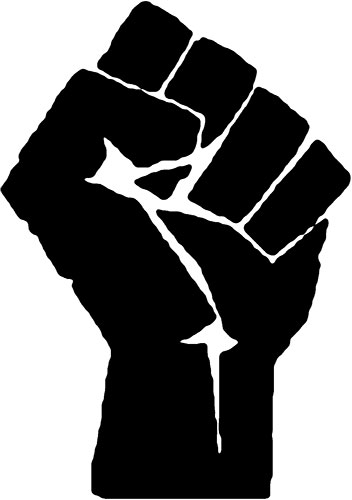 According to the defendant in the case Chauncey Nedd is affiliated with the Black Panthers. Now it appears that Chauncey Nedd has teamed up with Nocturnus Libertus to try to get one of the people providing evidence taken out before they can supply it. In a recent facebook post Chauncey Nedd claims an I.W.I. member has sent people disgused as police to his house threatening to kill his daughter. He also claims that I.W.I. hacked his daughters cell phone.

That’s when Chauncey Nedd Doxes a member of I.W.I. with photoshoppped arrest records provided by Nocturnus Libertus, provides people with what he thinks is the address of the I.W.I. member, and then tells people to “Get them all”:

This has been reported to the state prosecution. This marks the second time in as little as 3 days that a person associated with the defense attorney Gerald A Griggs has tried to intimidate someone into not providing evidence to the state in this case. Previously Black Supreme, the man seen in the original videos with Eye Empress, suggested that I.W.I. would be arrested for providing evidence to the state. You can see him getting his picture taken with both Chauncey and Gerald Griggs in the following picture:

Both men seen with Griggs in the above picture have tried to intimidate people into not providing evidence to the state in the Eye Empress case within a week of when this picture is taken.

Longtime I.W.I fans who’ve been with us from the start will remember when Nocturnus Libertus tried the same thing May 8th when I.W.I. was putting an end to the #ericsheppardchallenge. Apparently she hacked arrest records from 15 years ago where an I.W.I. member received a summary offense for possessing 1 gram of marijuana. She then photoshopped them and implied that these offenses occurred in 2015 and duplicated several of them to make them look more serious.

It would also appear that Chauncey Nedd is accusing I.W.I. members of being affiliated with the KKK, the same tactic Libertus has tried using several times.

I.W.I. has already reported this to the state prosecution and are requesting that Chauncey Nedd be cited / arrested for attempting to intimidate a witness to a crime into not testifying / providing evidence.

Steven Haffley of I.W.I. (Hannibal) will also be opening a civil case against Chauncey Nedd for Slander and defamation of character since nothing this cyber terrorist has claimed is actually true. We will also be contacting the NYPD to report Chauncey’s online criminal activities as it is alleged that this man works for or with a police department.

As per this article Chauncey Nedd works for the Hempstead Police department. We contacted them them through this link and expressed our concerns to them that they work with someone who is trying to intimidate witnesses not to testify against his daughter who threatened to kill cops and white people.

Freedom of speech gives you the right to say that but I don’t agree with what you said. If I deleted it though I’d be no better than the people I go after.

steven PLEASE READ THIS ASAP palmetto star just tweeted that people who threatened empress are going to be kidnapped for a “movie” not only is this a threat but it might the crucial evidence you need to win this case! do what you do before he deletes the tweet.

Saw this @ 2:53PM EST about 53 minutes after you posted that and am not seeing it.

caleb
Reply to  The Viking Hannibal

What a fuc*ing Hood Rat!! When she talks about her Black Panther roots she gets all ghetto. She will continue to live the life of a hood rat and she’s lucky somebody doesn’t come after her sorry worthless a**.