Every police officer’s duty is met with a certain risk, at times putting them in complete danger to protect and serve others.

A police officer from Mexico has recently set an example by saving a dog’s life from a raging house fire. In the video, he approaches the dog in a calm soothing manner, then picks up the frightened dog in his arm and rushes it to safety.

The video was uploaded by Mexico Federal Police (Policia Federal de Mexico) on Facebook, shared the video as it made it to YouTube, which has been liked by thousands of people who praised and thanked the police officer for his selfless act. 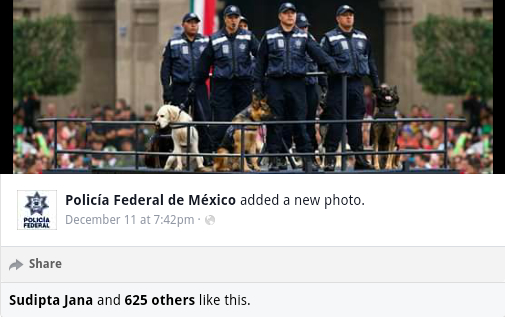 The Federal Mexico Police are no strangers to animals. They use dogs extensively to fight Mexico’s drug cartels. They recently featured a dog named Simon on Twitter.

They issued a statement in response to the highly admired video, “When doing our work we are faced with different challenges,” wrote the Federal Police on Facebook, “always aimed at protecting life.”