Two retired veteran horses, Kennedy and Quincy, have served in the Army’s Old Guard at Arlington National Cemetery, pulling police officers and service members who had died serving our country, to their final resting place.

These horses play an important role in the U.S. military. They are called the Caisson horse. Kennedy and Quincy execute their walk with perfect unity during these funeral ceremonies for the many brave men and women . The horses are hard working, they practice at least 8 times a day, every other week, despite the weather conditions.

Kennedy, a 15-year-old Standardbred, was considered an ‘impressive horse’, but was unable to continue due to kicking some soldiers. 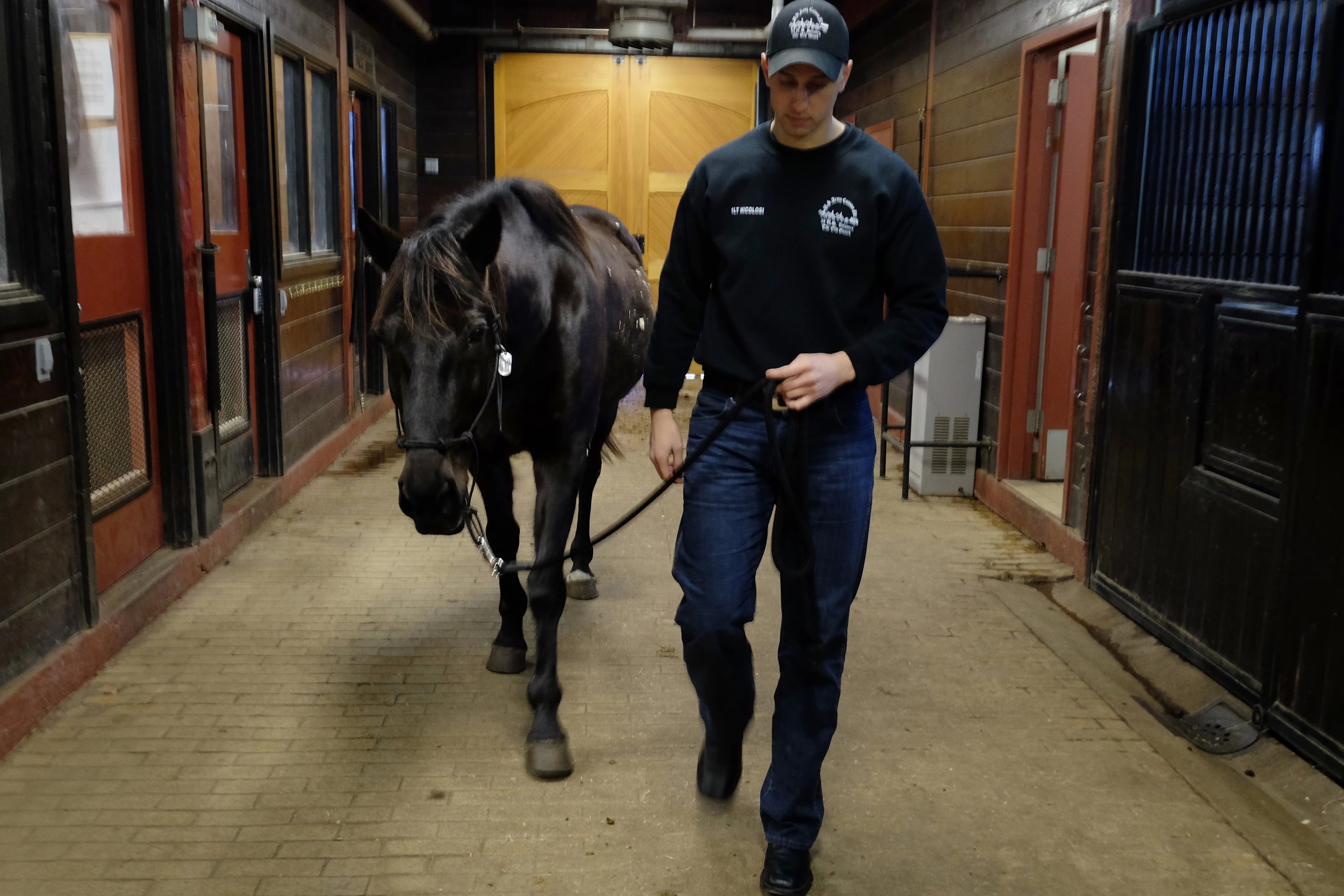 Quincy, an 11-year-old quarter horse, is suffering from a hoof disorder called navicular disease. This disease makes him unsuitable to continue as a service horse, as it is painful for him to participate in the training. 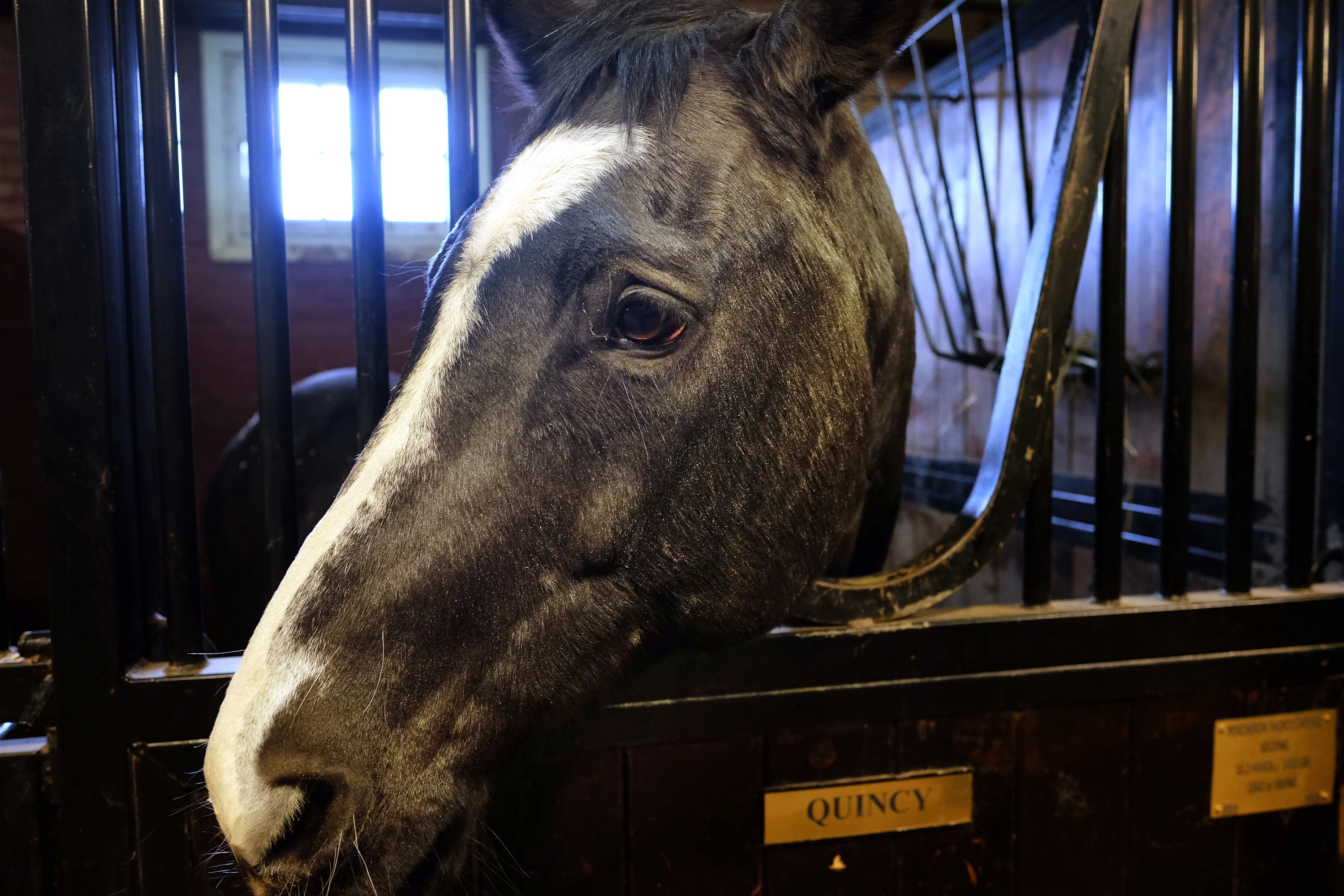 “These guys did their service,” Staff Sgt. David Smith said. “It’s their time to be a horse.”

Both horses will be going to their right, new, loving owners,  preferably homes with lots of hay and some room in a barn. An inspection would be conducted upon the homes of the new adopters from the herd manager of the Army, Smith said.

A recent adopter of a caisson horse, Jenna Sears, have successfully made it through the process of vetting. She gets to own Freedom, a 12-year-old quarter horse who had to leave the Army due to an eye cyst.

“The caisson horses are known for being very calm,” Sears said. “They’re kind of the ideal horse.”

“Not many people can say that they own a caisson horse,” she said.

The caisson horses are accustomed to hard work. They start their day in the barn at Fort Myer at 4:30 a.m., when soldiers assigned to the caisson come in to prepare for the day’s funerals.

Quincy typically walked at the front of funeral processions or in the middle position, Smith said. Kennedy had the most distinctive job of all, that of the riderless horse.

The tradition of a horse walking riderless to a grave site, its saddle empty to memorialize the service member who will never ride again, dates back to the funeral of Genghis Khan, an exhibit in the barn at Fort Myer says.

Riderless horses also distinguished the funerals of George Washington and Abraham Lincoln. The horse that led John F. Kennedy’s funeral is buried at Fort Myer. The horse from Ronald Reagan’s funeral is too old to work but still lives in the barn as an honored elder statesman. 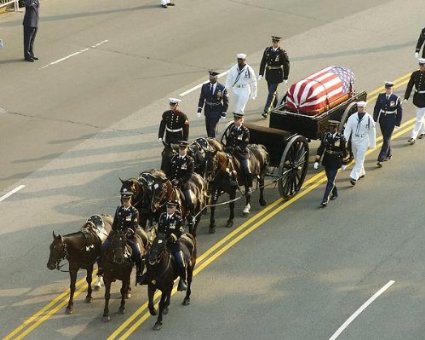 Just a few stalls down, Kennedy and Quincy live side by side.

That’s the job that the two ­horses will soon retire from.

“I think one of the reasons to own a horse like Quincy or Kennedy is to have a piece in this mission,” Loudner said. “In a way, you’re tending to a horse that has honored America’s service members.”