FRESNO, California – Ana Zarco has been accused of severe animal abuse after bringing in an injured dog named Harry on June 16th. Harry’s muzzle was wrapped with several rubber bands that cut into his skin. He was thirsty and starving. Harry needed 50 stitches to repair the damage.

Hundreds of people have signed a petition calling for the maximum punishment against a woman accused of animal abuse.

Madera Police say Zarco claimed she had found the dog in a local park, but investigators determined she had him for two months. They say one of her young children was to blame for the rubber bands. It is assumed that this was done to the dog to stop it from barking. 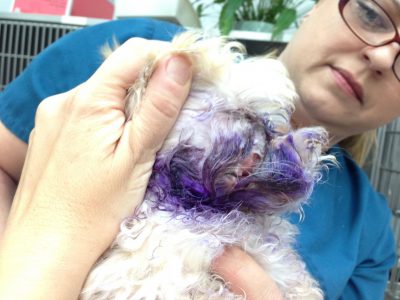 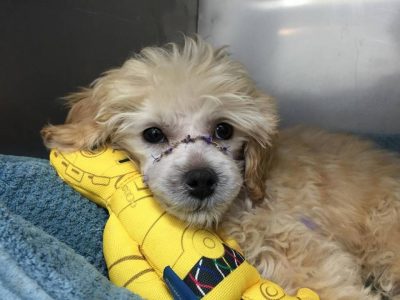 Franz, the veterinarian that operated on Harry, says it took an hour of surgery to remove the rubber band, two layers of stitches, and a day of rest. Harry is on the path to recovery now as Franz claims Harry is Jumping around acting like a puppy again. Harry should be ready for adoption soon!

“To see him up, jumping around, acting like a puppy, and being a normal puppy again, is just so rewarding; it’s why I do my job,” Franz said.

The Madera Police Department is now requesting animal abuse and neglect charges against Zarco. More than 975 people have signed a petition through Change.org.

Inductees into the hall of shame