It’s Time To Give Facebook The Ban It Deserves 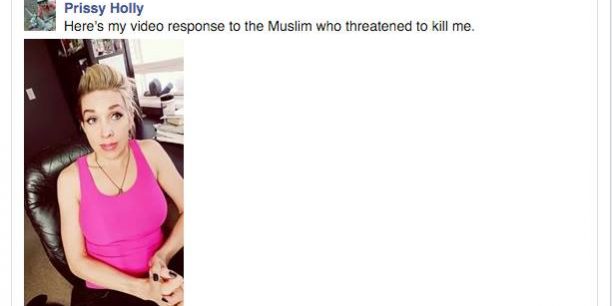 What is it going to take to wake you up? Many have speaking out against Facebook for months. There has been videos, Facebook alternatives, and a mountain of proof incriminating them. All of us had plenty of knowledge, yet we can’t give up this social media site? Recently, I’m hearing of more and more people being banned for made up offenses. What did you expect? Zuckerberg knows he has you in thrall and you aren’t going anywhere. What does the media have to show you to make you believe?

Lets begin with the excuse makers…you haven’t experienced this yourself? But surely you’ve heard of it, and you’ll notice the bans are toward the more outspoken leaders if you paid attention. Facebook wouldn’t be overly concerned with someone who has no audience. Those of us that have run pages, groups, or try to get the word out in the media via Facebook have been his preferred victims. People like Prissy Holly (of News Foxes), is a prime example. The latest has been her ban for merely defending herself against a terrorist threathening her. Another popular example is Nocturnus Libertus putting up this post, and the only people who get banned for it are those that screenshot it and ask for people to report it.

Not A Violation of Facebook's Community Standards

Sick of the lies, the tyranny, the war against patriotism. Feel free to join me at...

This is just one example of the thousands. I know how easy it can be to say to yourself “I’m only here to support our veterans, our Law Enforcement, or to be positive.” It’s time to stop fooling yourself, you are not going to be allowed to do that. The best way to support these causes are to have a show of solidary. To show that we wont support Zuckerberg’s agenda. Facebook is not the only social media site that you can use to get your message out. If you run a group, move them to another. If you follow a page or run one, there’s other outlets you can use to actually make your message heard. We are not supporting our message, our troops, veterans, or law enforcement by defending them on Facebook alone. Find your niche elsewhere, and give Zuckerberg the ban for all the times he’s banned those that protect and serve America.

I don’t know how else to get this message to sink in. We’ve used eloquence, righteous anger, and passion. Understand that you wont be alone by leaving Facebook. The fight to support our causes wont be extinguished by Facebook or by leaving it, it can only be taken to the next level. Family and friends can be reached in other manners, after all, we found a way before Facebook. Don’t let the convenience of the platform continue to damage and silence our leaders or ourselves.

Great story, I myself was fed up and expressed my personal opinion… Many of you know this … After being told that quitting facebook would be a win for them and that I shouldn’t deactivate my account but rather should stay and fight the battle. Well I’m no dummy and deleted it as promised and as stated. Only a fool would stay their to promote their cause… I don’t need followers who choose convience over morals and principals. Now with that said I hold no I’ll will towards those who choose to remain because I understand you utilizing the platform to reach out to your followers. Luckily for me I didn’t have such a fan base although I appreciated everyone paying attention to my CITXUSA endeavors as well as those whom believed in the same causes. To say it lightly I constantly see social media sites as well as crowd sourcing sites bring Americans to their knees… Recently I came a cross a crowdrise funding effort. I appreciate the compassion of my fellow Americans but am dissapointed to see they choose to raise over 400,000 dollars for syrian refugee family relocating to Troy Michigan .. Instantly they have more wealth than those of us who struggle everyday as Americans. Shame on Edward Nortan for promoting this.. Am I jealous,”NO”, I am simply ashamed that those type of efforts aren’t being created for American refugees like our veterans and homeless. In the past I’ve talked highly of crowdrise as they assisted me one on one with stopping funding via “Nocturnus” unfortunately I see a trend starting ..if you come to America not only will our celebrities endorse you for wealth gain but the President as well will grant you the American Dream. I am simply fed up!! And am at a loss for words.. Here’s the link if you want to see it:
https://www.crowdrise.com/thescientist?ref1=honyemail#%5Bobject Object]

No offense but no print function and this is a really rotten, rotten page to try and copy the article. You can’t scroll and pick up the words. A real pain.