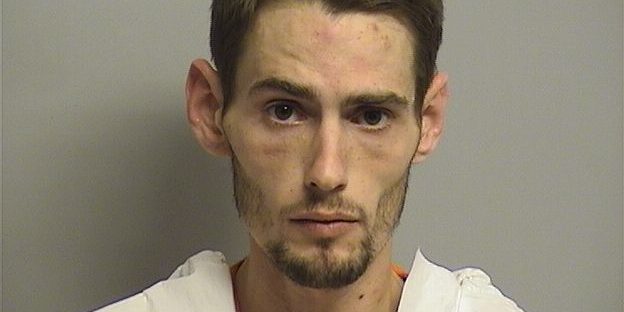 In one of the most horrifying and disgusting cases of child abuse, a little girl has lost her life. The boyfriend of the child’s mother, he was left alone with little Sawyer, when he brutalized her. Cody Alan Johnson, 30, was arrested Sunday morning and soon after charged with first-degree murder. Johnson brought 16-month-old Sawyer Jefferson to the hospital Saturday night unconscious. The child’s mother arrived home after work, and found her babuy bleeding and beaten. She rushed her child to the emergency room of St. Francis. This story is quite graphic and heartbreaking.

“We’ve seen some pretty badly beaten and abused kids over the years, but this one’s pretty bad. I mean, it is pretty bad,” Cpl. Greg Smith stated.

There were “numerous visible facial contusions and bruising and bleeding coming from both the child’s vagina and rectum,” according to a police report. Trauma to the girl’s genitals were consistent with “extensive forcible penetration.” By the time she had arrived at the hospital, the child was already in cardiac arrest. She spent time on life support, while doctors tried to save her. In the end, her trauma was just too much and little Sawyer passed away.

Johnson, however, claimed the girl “slipped on her pajamas and fell on a toy.” No one of any sense was buying this story with the extent of this baby’s injuries. Johnson is currently being held on a bond of 200,000$. As of yet, he has found no lawyer to represent him. Currently, the mother is not being investigated yet. Johnson did have a previous record including theft and driving under the influence. Johnson may face a death penalty if found guilty.