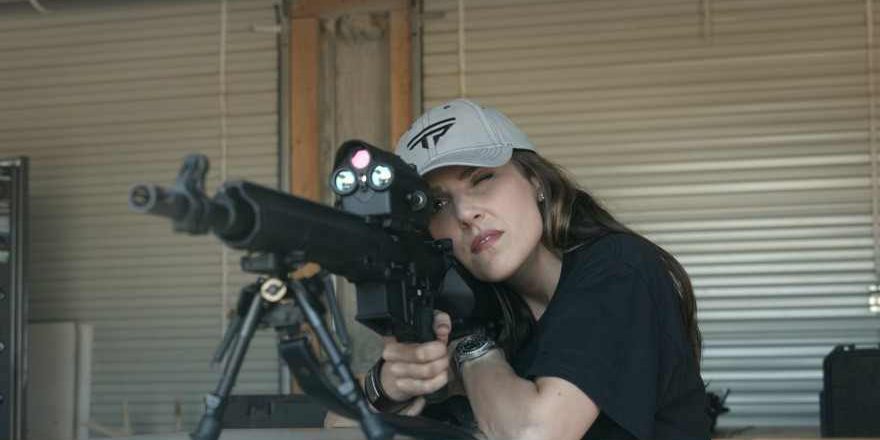 Taya Kyle, widow of Chris Kyle, offered a challenge to the NRA World Shooting Champion. On Saturday, in For the grand prize of 500,000$, Bruce Piatt could square off against the novice shooter at the American Sniper Challenge. This competition was a little different than most shooters are used to. The challenge of it would be to shoot in war-like scenarios, instead of basic targets. Everything from moving targets, shooting blind, and various positions made this face off far more difficult. The competition is usually open to all, but to take part in it, one would most certainly have to buy complete AR-15 rifles and get skilled in tactical training and how to use such high powered guns during the warlike scenarios. The competition is not just to test out accuracy and hit count but also to determine if the candidate is skilled enough to handle their mental state.

For Taya, 41, this was also her very first shooting competition. Most know her only as the Navy SEAL Sniper’s widow, although she also works as an author. Her accomplishments are many as a Military Veteran Family activist, and work with charities. If Taya won this competition, her proceeds were earmarked for the Chris Kyle Frog Foundation. Their mission statement is to serve those who have served us by providing meaningful interactive experiences that enrich family relationships. An excellent charity, that Taya served by doing what was thought to be impossible. Taya not only won the standoff, she finished with a perfect score. 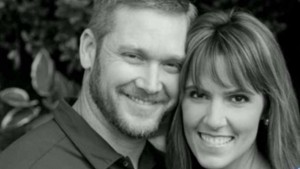 Taya Kyle, with her husband Chris.

The competition was also a chance to show off some of the newest technology in firearms. Piatt competed with the current military rifles M4A1, M110, and M2010. Taya Kyle opted for TrackingPoint’s new M600, M800 and XS1 firearms. TrackingPoint touts advanced technology to enhance the accuracy of first-round shots at any distance. The firearms incorporate new Precision Guide technology (PGF, which will fire when crosshairs line up with the target. The technology was based on concepts Chris Kyle had spoken of. It allowed Taya to replicate the famous 2,100 ft. sniper shot featured in the movie, “American Sniper”. TrackingPoint says that its Precision-Guided Firearms can transform inexperienced shooters into world-class marksmen. To prove this claim, the company put the prize money on the line.

Piatt, using nothing but his own skill still finished out making 58.4% of his own shots, an impressive display. The amazing display of these new rifles can have some tremendous effects for out military as well. Kyle explained further why the tech was developed. “Our first responders and military members regularly face situations most of us cannot imagine,” she told FoxNews.com via email. “They need every advantage for precision and efficiency to protect and serve while minimizing collateral damage and risk to themselves.” The ability these PGF’s allow to stay safely concealed and shoot with precision could help reduce the risk to war fighters.