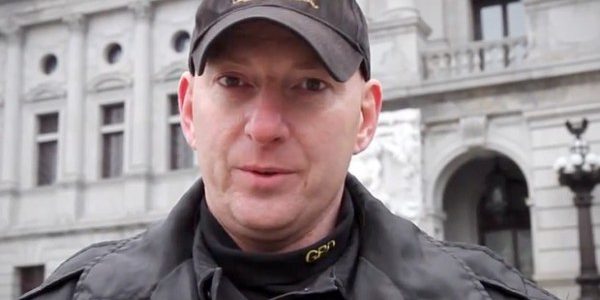 The Obama administration has been caught red handed using federal agents and informants to track gun owners. Kessler brags about infiltrating several patriotic and 3 percenter movements and claims he had 79 people arrested to date. According to Kessler, gun owners are the worst of the worst when it comes to terrorists.

I was sent out for, well I can’t really say exactly who but, I was sent out by agencies to go out and attract and investigate, whatever I can do to find out who’s who and what’s what among these groups. When I say groups, I’m talking about Second Amendment groups, patriot groups, alleged patriot groups, militia groups.

Mark Kessler is a federal agent that infiltrates patriotic communities and reports back to the feds. He used to make videos in Pennsylvania firing automatic weapons like the one seen below, he would then as he admitted to fox news, report anyone who supported/followed him to the federal government:

The federal government is spying on you if you’re involved in a patriotic group. The fact that this man has shown up and started reporting the videos of patriots online shows you the truth. You can read more about this federal undercover at the link below: