Dom the Conservative, banned from Facebook for having PRETTY FACE 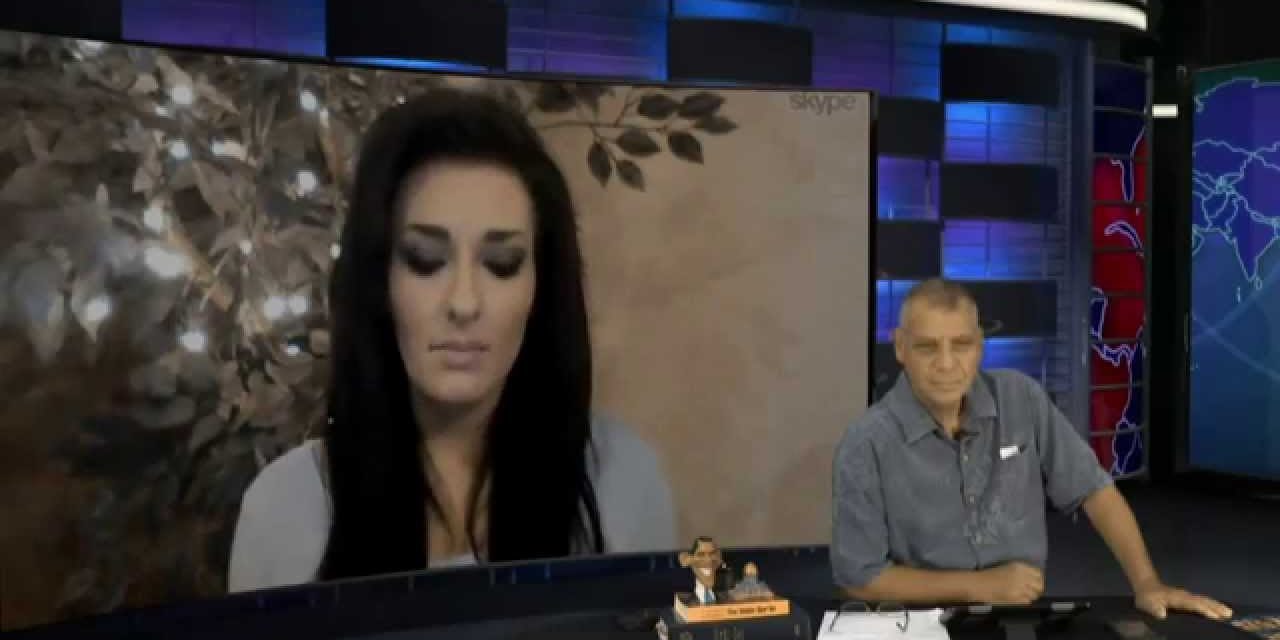 Just when you didn’t think Facebook’s anti white, anti republican, anti Christian community standards department could get any more racist, they strike again out of no where. Dom the conservative, a beautiful conservative woman that writes for Mad World News has recently had her facebook page deleted that she had spent years making. Why might you ask? Because she has a pretty face:

Sure you will, lets be honest here. You’re the typical American facebook user. Facebook can terrorize everyone’s right to free speech on their website while you sit back talking about how important it is to you. You can talk a big game about patriotism and constitutional rights but in the end, you won’t even hit the log off button on a social networking site when they assault those rights on a regular basis.

Facebook has banned an Army captain for going public about rape threats she was receiving from Muslims. Facebook banned me for speaking out against the KKK, discussing the constitution, and opposing racism. Facebook banned Jan Morgan years ago for opposing Islam.

Freedom of speech does not and has not existed on facebook at any point in time. The fact that so many Americans love the website shows you how little they care about the First Amendment when it comes down to it. Talk is cheap, the American Citizen’s actions speak louder than their words

We're on Facebook because of you America, yes, YOU

All of us journalist type people, we’re here on facebook because we have to be. That’s the website that you allegedly patriotic people call your virtual home. A website that has been constantly and intentionally sabotaging your beliefs and ideology for the past 5 years at least.

We’ve sat back and watched countless patriotic people get terrorized by facebook’s administration. We’ve watched thousands of patriotic people spend years building their pages only to have them removed for a bogus reason, yet the American population consistently shows us how little they actually care about their Country or their Constitution, because they’ll continually log into the website daily no matter how big of a threat the website is to their Constitutional rights.

You Hold The Power!

I keep telling people about Seen.is

It’s an Icelandic type of social media. It’s wonderful. And it has a lot of privacy options.

Thank you for sharing this Bruce I will give that a look, I heard a lot of good things about it.

Yeah David sadly that seems to be everyone’s excuse..BTW you the same David Fisher who knows D-Walker from wglro…?

Am not surprised …hopefully folks will start paying attention to articles of this sort…that’s if they can take a vacation from their facebook virtual reality …since I’ve left facebook it hadn’t affected one single thing. Believe it or not folks there’s a whole internet out there …really there is!!!!

I look at it a little bit differently I guess. All of us patriotic conservatives could boycott Facebook tomorrow and they would still continue to exist and make a boatload of money. The only thing missing then would be any kind of conservative representation on Facebook. Just giving up on representing our views on the biggest social website in the World and handing it over to the liberals, communists, socialists and Muslims, is not my idea of a victory for free speech.

I respect your opinion it always helps to have a different view. The thing is facebook administration has been intentionally smashing larger patriotic/conservative/christian groups after they get big. Dom for example, had close to 100k I believe? She spent years making that. When they just shut you off like that you instantly lose your voice and can’t do much of anything into that. It’s happened to countless people. I’m on a 30 day ban myself for speaking out against the KKK and I can prove it. Why support a website like that at all, and why would anyone want to call a place like that their home?

Quote:”They must of disagreed with her makeup.” It’s ‘must have disagreed’ not “must of.” That’s not proper English and you lead the writing team??

Right, we don’t’ give a rats ass about bottom feeding libtards like yourself, who will scan an entire article for one wrong comment so they can feel good about themselves. Shut the fuck up, get the fuck back in McDonalds, and serve my damn fries libtard. How’s that sound?

stop crying “The Viking Hannibal” and create another acct when they burn you for telling the truth, ffs… telling people they aren’t good for still using the popular media is like saying don’t go on TV genius

Sounds like you need a can of STFU facebook sympathizer. I’m sure you’re one of those faketriots that go around facebook talking a big game about free speech, but when it comes down to it, you’ll stand up for facebook when someone calls it out, proving beyond a point, that facebook is the most important right to your bottom feeding faketriotic ass. GTFO scrub.

I do not use Facebook. I prayed for the Lady Warrior. She is a very special human being with a unique taste for what is the Truth about Islam and Christianity. I admire her. The Pope Benedict XVI said the same think in his address at Regensburg Speech when he quoted the Byzantine Emperor Manuel 2 Paleologus about Islam.
God be with you.

The comments on this thread show you how pathetic conservatives are, these are your people, asshurt, crying up a storm on this thread because I called facebook out on censoring Dom. You facebook conservatives are nothing more than keyboard warriors running your mouths about how much you love free speech, while you sit on your fat asses stuffing your faces with doritos posting about the last time you took a shit on the website that destroys free speech, facebook. Get the hell off this site, go blow your boy Mark Jihadistberg, we don’t need facebook conservatives on here, if I wanted to find a bunch of cowards, I’d hang out at a democratic convention.

Paul
Reply to  The Viking Hannibal

The real reason is that Zuckerburg is an avid Islam/Muslim sympathizer. This likely played a part in banning Dom’s Facebook page, which he and his pea-brained staff deemed “hateful”.

Facebook removed her because she is the perpetrator behind inciting an emotional response on false news and made up garbage … I am proud that facebook removed a parasite !!