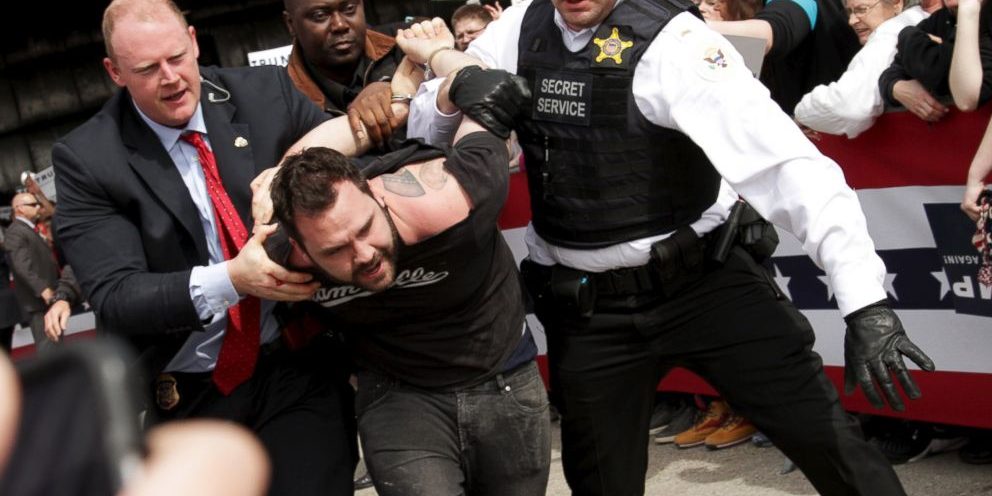 Tom Dimassimo recently made headlines after he attempted to charge Donald Trump during a rally in Ohio. Dimassimo’s attorney revealed Wednesday that Dimassimo is being federally charged with a crime that carries a 1 year maximum sentence. He believes Dimassimo will not be charged locally by the Dayton Municipality.

His attorney tries to portray Dimassimo as an innocent college student was just engaging in political speech. Apparently attacking people when you disagree with their opinion is now considered “political speech” to liberals.

Dimassimo is no innocent college student!

Dimassimo was actually caught on camera playing the “innocent college” student only to turn around and trash talk a Veteran when he thought the cameras were off. Being the generous people we are, we’ve placed that video on the page that comes up when you search for Tom Dimassimo online. We hope the prosecution finds it:

Dimassimo’s first court appearance is scheduled for March 23rd 2016, he is not currently incarcerated.

So the internet i this century’s formidable battleground????

Every flag burner needs nothing more than a quick beating. Nothing serious. Nothing permanent. This will stop a lot of these fools. Knowing that their actions will get them some pain and discomfort will stop them quicker than a weak prosecution.