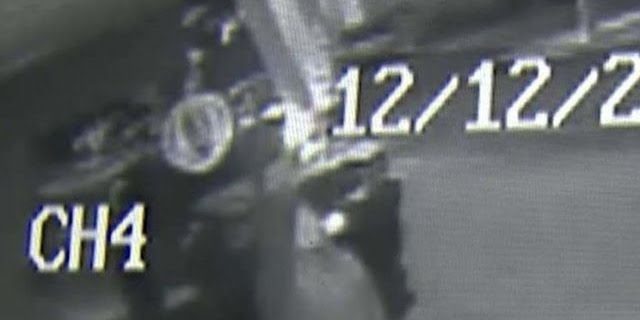 Todd Brewer runs Cheating Death Discount Vapor in Couer d’Alene, Idaho. A proud patriot, he always keeps a large American flag hanging over his business. He’s now outraged over someone cowardly burning his flag in the middle of the night. He has offered a reward of 100$ to anyone that helps find this criminal. As word has spread, another Veteran stepped in and increased the reward to 300$.

The incident occurred early Saturday morning on the morning on December 12th. Brewer says he was working in his store when a police officer walked in and told him that the flag was on fire. That’s when he went to look at surveillance video. In the video, you can see the man walk up, pause before igniting the flag, andwalk away as the flames grow. No harm came to his building, luckily.

And Todd Brewer has a very poignant message to the person who did this:

“It’s not only a slap in my face,” Brewer says. “It’s a slap in everybody’s face. It’s just wrong on every level. I personally wasn’t in the service but I certainly have a lot of respect for those who were and are now. I certainly am patriotic and I believe most of us are. This is our country and we need to take care of it and don’t burn our damn flag.”

Not only has this incident been proof of the I’ll intent of some, but a showing of support. Law enforcement is still actively pursuing the culprit, and a new flag was donated to fly proudly. Mr. Brewer has made it clear nothing will stop him from proudly flying Old Glory. 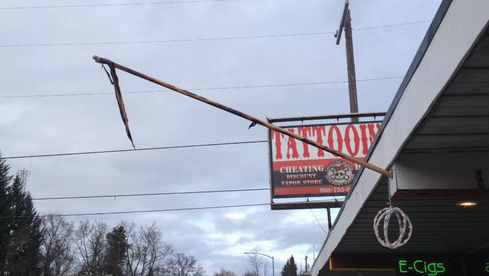 All that remained of the flag after being burned to ashes in the middle of the night.

Sounds like a great potential sponser for the IWI website.. And would increase his VAPE sales… Good for him for speaking up for his beliefs .. If they catch that person we need there name to add to the hall of shame… Hannibal you should reach out to this guy