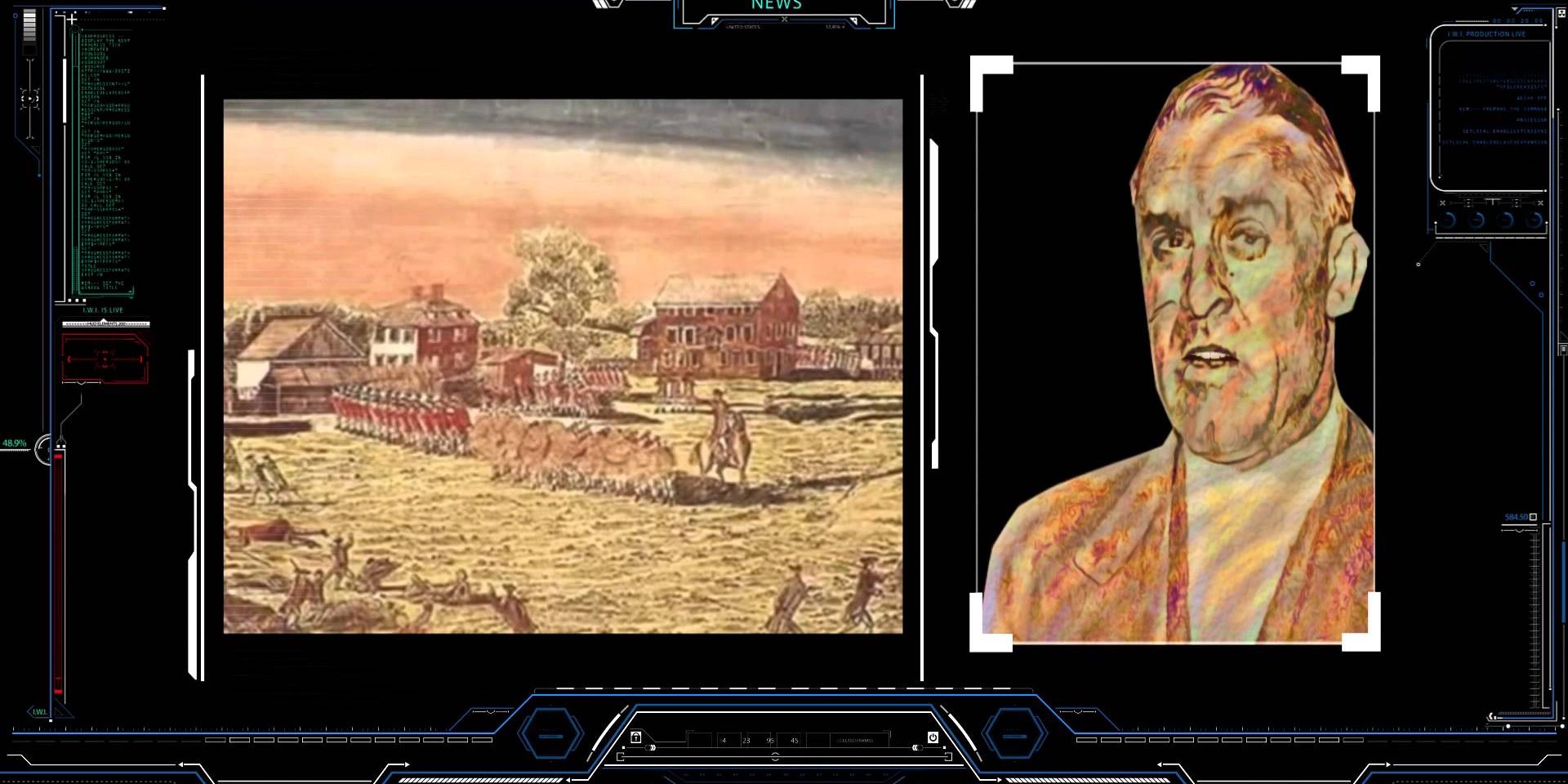 Once again, Facebook shows us just how partial their community standards are. We recently published an article of a Veteran being banned for her freedom of speech. The woman, Prissy Holly, posted a meme comparing the terrorist Tashfeen Malik to a goat. This resulted in the image being removed and specified that it violated Facebook community standards. However, when it is a group of black supremacists calling for the death of white cops, no amount of reporting seems to make them see the error of their ways. 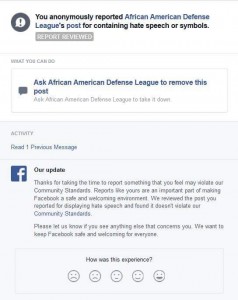 After Facebook was asked to remove content from the African American Defense League, they could find nothing wrong with the status. This post is the one that are making tempers rise. If you visit the Facebook page and website for this group, you’ll see a disturbing trend of racism and hatred. the calls for violance and chaos are a trademark we are becoming too used to seeing on this social media site.

The leader of this hate group, Dr. Mauricelm-Lei Millere (alias Minister Mauricelm X) has made many speeches where he states “I am not a racist”. Much like Black Lives Matter, their main objective seems to be solely centered on the killing of black men by white cops. They also take a page of Louis Farrahkan’s playbook, citing their violence as justified because it is in the defense of the discrimination shown to black people. The first quote that is featured with this man is:


“There comes a time when one must do what is necessary beyong cost. The blackman must kill in self defense”


The unending parade of hatred against a group, based solely on their skin color, is not being perpetrated by the race that these hate groups claim. It seems almost daily Facebook and other social media have given a voice to these racist angry groups that see violence as the only answer. We have to take a stand to protect our Officers,our Veterans, and all those that currently serve. If these social media sites continue to get away with silencing those that defend America, we will be left with little more than main stream media, who as we know is in the government’s pocket already. These messages of hate have spread like wildfire, while anything against a terrorist, or other races is left unchecked.
Like
Categories: Featured, RaceBy Red QueenDecember 7, 20159 Comments
Tags: #backtheblue#thinbluelinefacebook censorship
Share this post
Share on FacebookShare on Facebook TweetShare on Twitter Pin itShare on Pinterest Share on LinkedInShare on LinkedIn Share on WhatsAppShare on WhatsApp

Its sick. Im so glad you are around to do what you do. I know it feels like you get nowhere some days but you do make a difference.

African American Defense League page has been removed by pressure from Facebook users.

We had one hell of a chat about their Community Standards and their responsibility for inciting violence.

They are gone now from Facebook.We had quite a discussion and they decided to remove the page for now.Their response to me was:Our update
We reviewed the Page you reported for having a credible threat of violence. Since it violated our Community Standards, we removed it. Thanks for your report. We let African American Defense League know that their Page has been removed, but not who reported it.

How about this, stop breaking the law, and blaming the Police for arresting you !

For let every soul be subject to the governing authorities. For there is no authority except from God, and the authorities that exist are appointed by God. Therefore, whoever resists the authority resists the ordinance of God, and those who resist will bring judgment on themselves. For rulers are not a terror to good works, but to evil. Do you want to be unafraid of the authority? Do what is good, and you will have praise from the same. For he is God’s minister to you for good. But if you do evil, be afraid; for he does not bear the sword in vain; for he is God’s minister, and avenger to execute wrath on him who practices evil. Therefore you must be subject, not only because of wrath but also for ‘conscience’ sake. Romans 13:1-5
God’s OWN Words!!!

I will show you the truth, free of bias, delivered without decoration. I do not fit into your agendas, your labels, or your shallow paradigms. Reality is based in hard facts, not an opinion or belief, and I’m unafraid to show you what you don’t want to see. The cause and effect, without a human feeling, overriding your perceptions. Analytical Integrity. Protective Loyalty. Unbiased Logic. Plain Simple Niggers Whether Brown Or White Yellow Or Red Without Proper Education, Simple Street Thugs, Simple Minded Ignorance Reflecting On A Past That Doesnt Even Involve Them. These Type Of Simple Minded People Segregate Themselves To Be Different Talk, Act, Dress, Live In Shitty Environments To Be Totally Different Than The Everyday Individual. All Lives Matter But If Brown Lives Matter More Why Are There More Killings Of Brown Individuals By Brown Individuals Why Are There More Killings Of Whites By Brown Individuals. Fact Is That Until You Clean Up The Trash, N*gg*rs White Or Brown Will Be Welfare Babies Blaming Everyone Else For The Way They Choose To Live. Be American Not Different.

The Blk People won’t truly be awakened and free, until they learn the tenants of the Torah, Talmud, and that the goal of the NWOrder is to put the racial warfare between Blks and whites. Grafted-Jews aim to clean-up the posts of authority, left abandoned.