Woman Gets Tossed From Diner For Using Racial Slurs 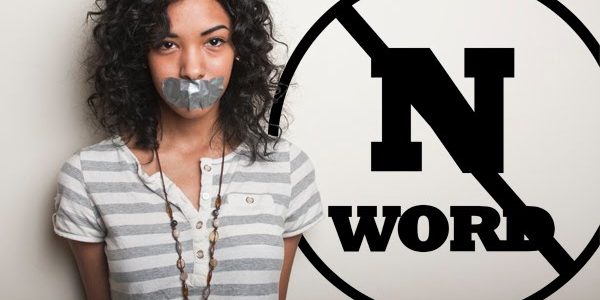 A perfect example of the double standard that is the infamous “N” word. A younger woman who looks white sits in the middle of a restaurant, shamelessly using this racial slur as other diners complain.  When management approaches and asks for her to watch her language, the excuses begin. Well, she has a black relative, black friends, and this entitles her  to be able to use this derogatory term as she pleases. Selfishly, she refuses to do so no matter who she offends with this. This double standard is something almost every person can see and admit to no matter the color of their skin.

Since the 17th century, this word has been a principle term of racism, and continues into the 21st century, regardless of who is using it.

While many see no harm in this word and even find it empowering to “take this word back”, you cannot deny the historical abuse of it. Whatever your personal preference is with using we all know the shame of this word. Every race has their racial slur, but only this word seems to be okay to be used by the race it insults. Mexican, Jew, Indian, Arabian…none of these group use the bigoted names against them as a term of endearment or friendship. Why is it so necessary for this word to still be circulated, and only by some members of the black community?

I think the answer lies in a desire to keep racism alive for some. To set up a word that is debasing as acceptable for certain people to use still ensure that the word will be kept in everyone’s memory.

Not only are many of the black community disgusted by this trend, but many other races as well. Richard Pryor, a black comedian notorious for using this word in much of his comedy has even stated that it is not in the best interest of his community to continue. The centuries of negativity around this word ensures that it can never be used in a way that makes it okay. Only in America has th even taken root, and many wish for us to put it where it belongs…in the past. Its promoted in so many areas of our culture, such as hip hop and movies, that it can never be used in just a positive way. Its time to bury the N word, and no matter what your skin color is, it is not okay to use it. Just because it doesn’t bother you doesn’t mean there aren’t those in the black community that condone it.