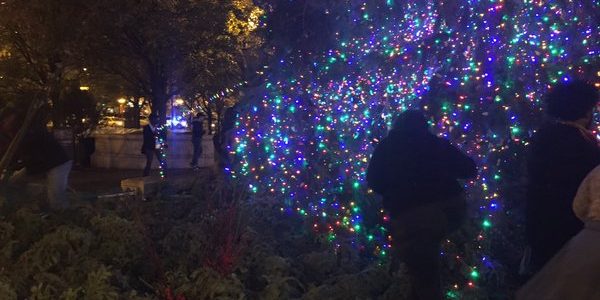 As another day of protests broke out on Thanksgiving Eve in Chicago, we witness more destruction. The Christmas tree located in Millennium Park on Michigan Ave. had decorations ripped off as protesters become out of control. Most media outlets chose to focus on this isolated event as the only instance. Unfortunately, it didn’t end there. Many protesters spent the day blocking off traffic, in some places during rush hour and beyond. Live streams show angry individuals antagonizing officers, making sure to come face to face with them. Angry screams included daring the police “to shoot them sixteen times, they can see they want to in their eyes.” The destruction also accumulation of broken windows and other minor property damage. Several arrests were made last evening, yet the offenders were released by Thursday morning. 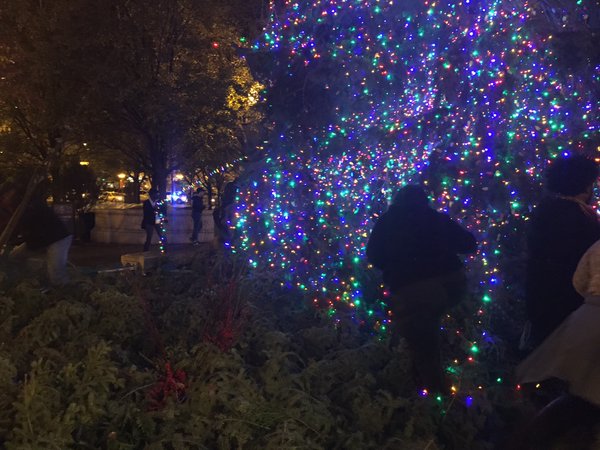 With Chicago’s Black Lives Matter movement gaining a foot hold, it seems unlikely for this momentum to abate soon.

This is the ultimate weapon of BLM, a mob justice, even as the Officer is set to face trial. This is vastly different from the type of justice America is founded on. Despite the legal system handling this situation as it should, we continue to see aggression build. For some this is merely an outlet for the anger they have at a system they dislike. However you feel about the shooting of Laquan McDonald, there is no valid excuse for the turn this protest has taken. There is nothing peaceful about antagonizing, bullying, or ripping down lights from a tree. There is a world of difference between those that really are operating within their rights, and those that want to create havoc and chaos.

The only purpose this childish behavior truly helps, is those that want to spread the divisions. The officers that have guarded the streets have kept calm and collected. There has been no disrespect from the city police department. The only thing they are attempting to limit is where the events are staged, and arresting those that step over the line. Liberal media still insists that it is the Officers in the wrong for protecting and serving their city. How can anyone continue to look at these outbursts as peaceful. There is no justifying this mob justice.

N*GGERS who should HANG.

Justice is being done but these ANIMALS have to prove what we all already know, they just want to do Violence & DESTROY everything.