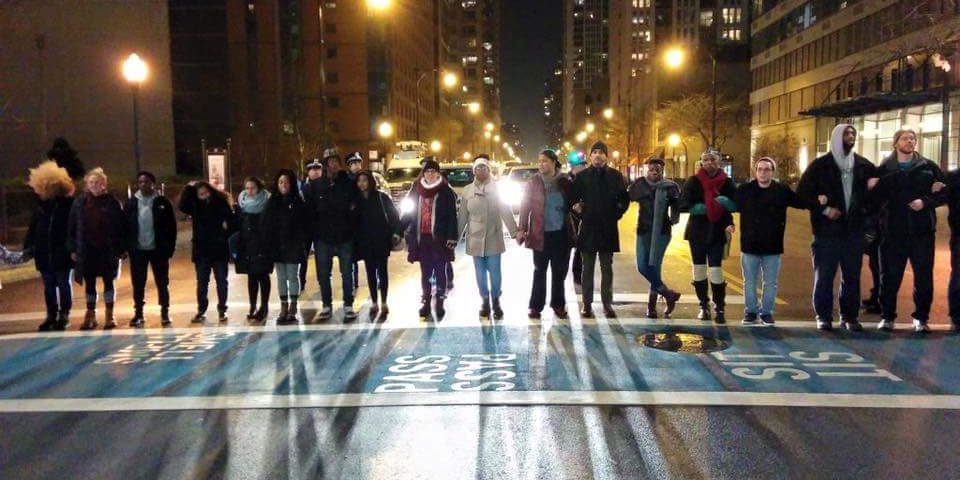 Tuesday night, as the sun set over Chicago, IL, people began to gather after a dash cam video was released. In October of 2014, Laquan McDonald, 17, was shot multiple times by Officer Jason Van Dyke. The seven minute video shows McDonald approaching squad cars, with his left hand in his pocket, armed with a 3-inch knife.

McDonald did not comply with “numerous police orders to drop the knife,” the officer’s attorney, Daniel Herbert quoted. At that point, Van Dyke opened fire.

Over 400 protestors came out to on behalf of Black Lives Matter. Rev. Jesse Jackson also led a press conference after the video was released, ready as ever to stir up emotions. Shortly after, the announcement came that Officer Van Dyke would be brought up on first degree murder charges. Roads were closed and traffic was blocked all evening as BLM took to the streets.

Despite Van Dyke being held without bond, and being stripped of his pay and duties, it did not seem to quiet the anger.

The protests still resulted in injuries, chants of “Don’t shoot me”, “The system is guilty as hell”, and “They left us for dead”. Other antagonizing of police personnel and buildings was an all night activity. Many of the Chicago officers have a real fear of this turning into “another Ferguson”. Even though it has been a year, the Officer had not been suspended until a few days ago. Many people are wondering if the fear of BLM is prompting departments to sacrifice their officers due to the desire for peace.

Later in the evening, anger began to boil over, as the crowd began to scream at Officers, with chants of “We’re watching you”. Many officers held video cameras as the mob grew and became more frenzied. Skirmishes and abuse were seen as the Officers began to arrest the protestors that overstepped the bounds of “peaceful”. It’s beginning to seem like no matter what action is taken, BLM and their supporters just want a reason to rage and cause havoc. Even meeting their demands is not enough to satisfy this group.

I would like to know if the white shooters were from the area.

That’s Minnesota this is Chicago we’re still working on something for that.