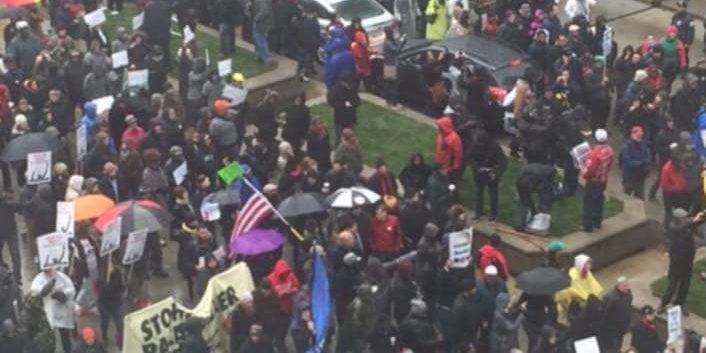 CHICAGO, IL – Stores such as Burberry, Nike, and Nordstrom were blocked off by protestors on Black Friday. Police lines held back the mob as best they could from others. Harley Davidson, Coach, and the Marriott Hotel saw some violence, as protestors began to assault people that tried to get through. Hundreds of people gather at the largest demonstrations show far, with numbers closer to a thousand.

In the midst of the mob, Jesse Jackson screamed for “Justice, and we want it now.”

CPD shut down northbound Michigan Ave. and tried to contain areas. The groups of angry citizens were not allowed to block off roads today, though the proclamation didn’t stop some from trying. Still no reports of any officers losing their calm, no matter how insolent and provoking the abuse being hurled at them. More and more violence has been reported as the day has dragged on. 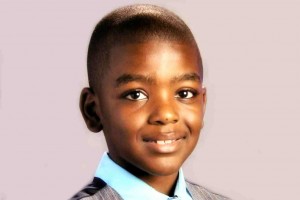 The protests grow stronger, despite the arrest of Tyshawn Lee’s shooter today. The nine year old was murdered in cold blood by gang members his family had affiliations with. Corey Morgan, 27, is one of three suspects, and is being charged with first degree murder. Kevin Edwards, 22, is being relentlessly pursued by CPD as another suspect. Despite Chicago PD bringing one of this child’s murders to justice, no one has stopped their protests to be thankful to the officers for that. Much less, a moment in remembrance for this truly innocent victim.

Ignoring this little boys execution, Jesse Jackson continues to rail and rally followers against the Officers, and has not issued a statement for Tyshawn. Chicago has registered 503 homicides in 2012, with only 8 of thise being officer involved. Out of thise 8, none were considered questionable.

It seems these protests and marches gaining momentum in Chicago continue to focus on the wrong issues to help this community. Chicago is considered the muder capitol of the U.S., with more homicides than any other city.