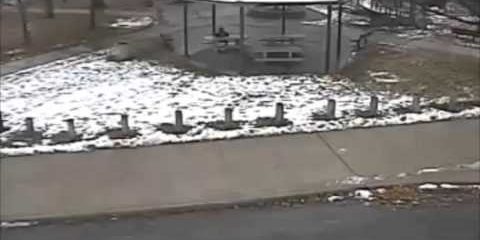 Tamir Rice was shot well over a year ago, and since then the controversy has swirled. To recap, Tamir Rice was the twelve year old boy who had a very realistic BB gun that he had been playing with. He had been waving this gun around, and when it was called in, officers arrived and the situation escalated. Officer Loehmann shot Rice, unknowing that the gun he was waving was not a real weapon.

A Cleveland, Ohio grand jury has decided not to return an indictment in the 2014 shooting, Prosecutor Tim McGinty spoke “The state must be able to show that the officers acted outside the constitutional boundaries.”

While there’s no doubt that the situation was tragic, even experts cannot see how the police acted outside of the standard operating procedures. If someone points a weapon at you, a very realistic one, you don’t have the option of wondering if it’s a toy. While the person who called in Tamir did state the weapon was probably fake and it was a juvenile, that information was not relayed to the officers. The mistakes are errors are clear to see here in hindsight, but in the situation, the officers cannot ultimately be held up as murderers.

But that doesn’t stop the masses from wanting “Justice for Tamir”. What is justice here though? That an officer who shot an armed person should be punished as a murderer doesn’t make legal or common sense. Lets start with the gun itself…a good beginning would to make sure toy guns aren’t quite so realistic. This was no pop tart the boy was holding, yet we all know how that food item was treated as a weapon when he was expelled. Yet liberals have been silent on this particular gun being a part of the problem for Tamir. Another good place to start is to look at the parents, youth should be taught to never behave the way Tamir did when he had a gun in his hand toward law enforcement. It is easier to blame the officers for the final outcome, but justice isn’t what this mob really wants, it never is. They want blood for blood, and that has never been what our justice system is about. Did he deserve death for his actions? No. however, we have to look at this logically and realize, this is a reasonable reaction when a gun is pointed at someone. 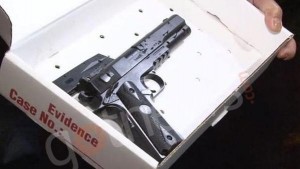