ESPN decided to award millionaire Caitlyn Jenner with the Arthur Ashe Courage Award rather than the American War Hero Noah Galloway.   Lets compare the two candidates side by side:

A native of Birmingham, Alabama, Sergeant Noah Galloway was assigned to the 1st of the 502nd Infantry of the 101st Airborne Division out of Fort Campbell, Kentucky during Operation Iraqi Freedom.

Just three months in to his second tour of duty, he experienced a life changing injury. On December 19, 2005, Galloway lost his left arm above the elbow and left leg above the knee in an Improvised Explosive Device attack. He was transported to Germany to receive medical treatment, remaining unconscious for five days. Galloway woke up late in the evening on Christmas Eve to learn he lost two of his limbs and sustained severe injuries to his right leg and his jaw. Galloway was then transferred to Walter Reed Army Medical Center in Washington, DC.

After a long stint in recovery and rehabilitation, Galloway did what many disabled veterans do, becoming withdrawn, out of shape and depressed. The former fitness fanatic and hyper competitive athlete was now drinking, smoking and sleeping his days away. But late one night, Galloway took a long look in the mirror and realized there was more to him than the injuries. And he set a goal to get back in shape, be healthier and inspire others.

Now a personal trainer and motivational speaker, Galloway doesn’t take excuses from his clients, fans and followers – and finds ways to get things done. He continues to compete, participating in adventure races around the country, such as Tough Mudder, Spartan events, Crossfit competitions plus numerous 5K and 10K races. 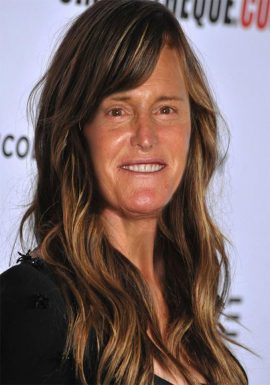 Caitlyn Jenner is accused of being a horrible parent by her own children:

“I would happily have traded a distant father for a loving, involved mom.” – Cassandra

“I have high hopes that Caitlyn is a better person than Bruce.” – Burt

When you compare the two side by side you see there is absolutely no comparison.   Noah Galloway is a war hero that served his country and beat impossible odds while Caitlyn Jenner is a millionaire that decided to pay for a sex change for his own personal benefit and promotion.

Noah Galloway spends his time competing in grueling physical challenges like Cross Fit and the Spartan Challenge.  When Noah is not competing he is speaking to other people who have faced similar struggles in life as a motivational speaker.  Caitlyn Jenner spends her time promoting the sex change she paid for while their family continues to rack in the cash

ESPN selecting Caitlyn Jenner, for an award for ‘Courage’ is absurd and is a sad commentary of the times we live in.

It is a disgrace and an insult not only to Wounded warrior Noah Galloway, but to all of America’s men and women in uniform, who have made great sacrifices. They are the true examples of bravery and courage.