Figo the service dog will officially be the first animal entered into our heros archive.   Figo threw himself in the path of a school bus when it struck both the dog and owner.   Figo may of saved his owners life, as even with his courageous act, she still suffered a fractured right elbow, three broken ribs, a fractured ankle and a cut to her head in the accident.  Figo’s leg was severely injured, and apparently cut down to the leg.   Both are expected to recover.

The school bus driver has been charged with failing to yield to a pedestrian. 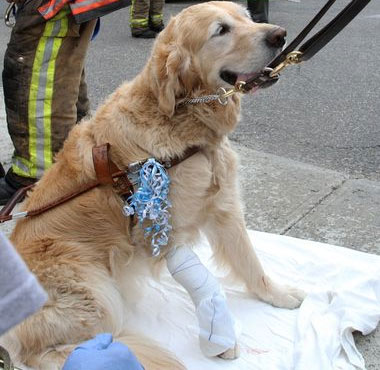 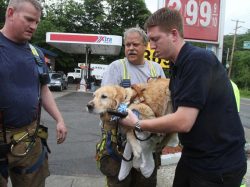 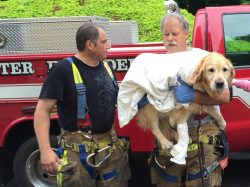 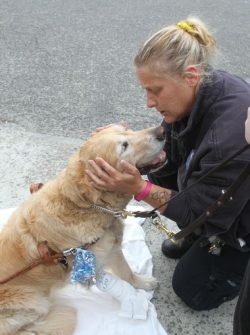 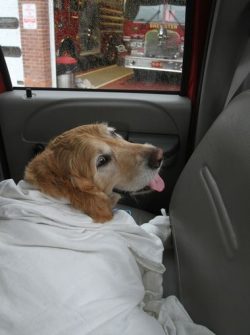