Warning: This Video Is HeartBreaking

The video to the right is very hard to watch.  The Video is taken by Matthew Krpata, who stands and watches Michelle Elkins (Thanks Eyewitness News) abuse his children.   It has been claimed that he is recording the incident on video for evidence, however it was later reported that court records indicated he never reported the child abuse.  The full video lasted about 10 minutes, the video to the right shows the most important parts.   At one point in time the woman strikes his child in the head with a metal object which appears to be a large spoon.

What we know so far

Warning: Video below is disturbing

We blurred the faces of the children to protect their identity. If for whatever reason the above video player doesn’t work on your device, try clicking the link below, it is in MP4 format, and should work on any smartphone/tablet:
editedversion.mp4 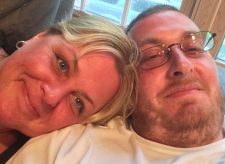 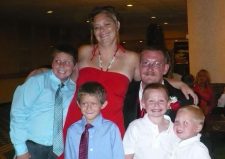 Matthew and Michelle (This is the woman)

Supporters of Matthew have claimed he records the video to get evidence because “nobody would believe him” however, court records indicated the abuse was never reported.   Michelle Elkins was charged and sentenced.  She received 2 years probation, she has to pay supervision fees, she has to take all her medications, and she is not allowed around children, even her own, without adult supervision. It appears that Matthew has since moved to Kentucky with Krista.   Krista is the other woman in the video who is yelling at Michelle Elkins.

This is what Matthew posted on his facebook, he failed to mention the part about “she’s not allowed around children, even her own, without adult supervision.” 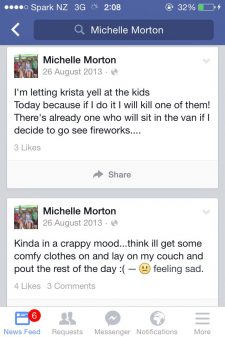 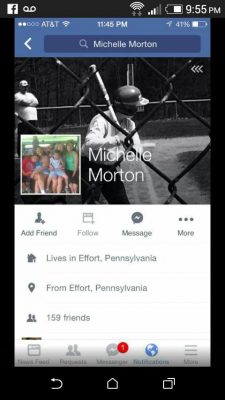 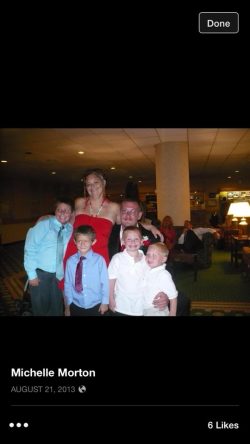 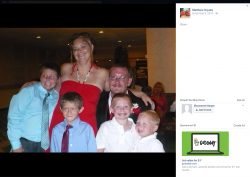 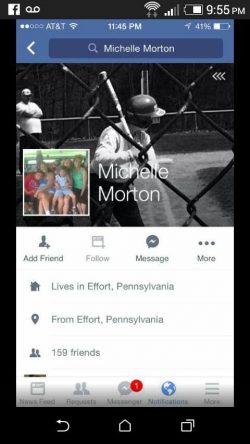 This was Michelle’s Facebook page before she removed it due to backlash. 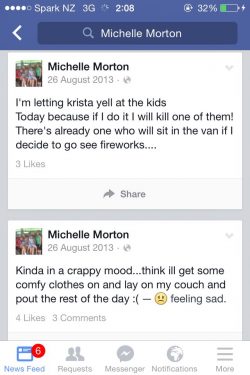 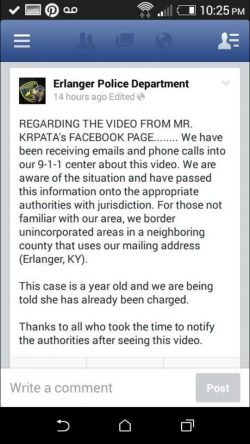 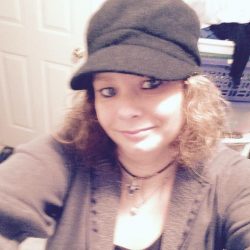 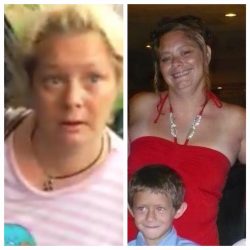 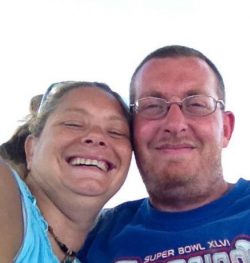 The facebook comments on Krista’s facebook profile were extremely useful in figuring out what really happened here.    This shows you how important it is to screenshot and investigate when you see something this severe.   Since this video started to go viral, it has been removed several times from youtube and facebook.   Had the people on this profile not of screenshotted and investigated, none of the evidence on this page would be here.

We asked you if Matthew Krpata should be listed in the hall of shame:

His official listing can be seen to the right.

I didn’t make commenting available until after we were pretty sure we had legitimate information. Commenting is now open 6/16/2015.

all the adults in this video need to be arrested! really? is that all the effort you are going to put into stopping it? this is heart breaking! that is why i am scared to put my baby in daycare, so many sick people out there

I’m not sure what you mean by putting effort into stopping it. This happened at someones house also I don’t think the woman is involved in daycare but I still think she’s allowed around children. The police apparently said she was charged, but according to him she only got a month in prison?

charlette
Reply to  The Viking Hannibal

Ang
Reply to  The Viking Hannibal

I think she was the step mom. The boy she was beating was the guys son with another woman who wasn’t there. But she also had a son with him.
That’s probably why they lived together. But I am not 100% sure.

What have you done Victoria to put a stop to the abuse. Tell us.

He needed proof to get full custody. And if you watch the full video he does take the kids out of the situation. All of them. Including hers.

Just to update this I have submitted this story to a few local news channels in the Eastern Pennsylvania area, hopefully one of them picks this story up and investigates it. The thing I don’t like about this story is the fact that the man Matthew who records it for some reason believes that nobody will believe him that she abuses the child unless he records it, then you have the fact that people are telling Kentucky Police that she was charged for it, but we cannot find any local news where she got arrested.

I couldn’t do it. I couldn’t sit there and watch someone do that to his kids. I wanted to jump right in a rip her down by her hair. I wanted to give her someone to abuse that could fight back. You aren’t all big and bad just because you can beat a child. There’s a difference between a spanking and a beating and this bitch took the fucking cake and shit on it.

It is pretty tough I had a hard time editing it. I want to make sure the woman is punished for it. It just seems odd that the police claim she was sentenced yet I can’t find anything about any sentencing. Also the guy felt that he had to record it because “they” wouldn’t believe them. I hope eventually, some mainstream media or someone covers the story so that some investigation is conducted into this incident to make sure she was appropriately punished.

I pray that poor baby gets some help for not only being physically abused but for the mental abuse that monster inflicted on him. Shame on her and I know karma will give her what she deserves if another mother doesn’t get to her first!!

I wish she put her hands me on me, I’ll teach her a lesson! How dare she tries to fight a defenseless child.

So, I’m confused. Is he working things out with Michelle?! Surely not, that’s how I was reading it though…

It was initially reported that way, but it doesn’t appear to be true. In the video there are two women, Michelle is the one abusing the child, Krista (I believe that’s her name) is the one yelling at her telling her to stop. I think that Michelle and the father were a thing in the past, but he had to get with Krista eventually, as that’s who he moved to Kentucky with. You can see that Michelle (child abuser) mention Krista in one of the screen shots from 2013, making us think that this abuse went on for years.

white trash that’s all I got to say. look at the house do some f****** laundry and look at the stains on the bed

I hope they hang all 3 of the so called “adults” that watched and did the abuse. NONE of them should ever be around children period. dysfunctional doesn’t even begin to describe this situation

Add Krista and Matthew to the Hall of Shame—they sat there and let that woman abuse those boys and did NOTHING to stop her. They all should have been charged!! Are the boys in any of these people’s custody?? If so, the system has failed these babies!!

I will put it up to a vote!

They should all die

Shame on all three adults.. It made me sick to my stomach… Those poor children.. God please be with them…..

This is disgusting. That boy shouldnt be a father! ! The other girl should have at least gotten probation for allowing it, and michelle, well she should go play in traffic herself. Or gargle tacks. Its sickening to hear children begging for their father to give a phone back while being beaten as he so casually allowed. I surely hope the law steps up and actually does its job!!

im not sure why the father didnt intervene on the child’s behalf, it seems he could have done one of two things, put the phone down and stopped that bitch or called 911 on the bitch if he was àfraid of her…whats his excuse,hmm??

Seriously? A slap on the wrist for complete child endangerment? A month in jail with 2 years probation seems fair right? It’s only a memory that will last a kid a lifetime, so let’s let the girl walk freely with the thought that probation will reform her. Such a load of bs it’s squishing out the diaper that we get to call law. Too bad the people who need real repercussions get a probation officer instead of serving real time.