Michelle Elkins has recently appeared in a viral video beating a child both physically and verbally.   She was apparently upset at Matthew Krpata because he wouldn’t give her the phone. At one point in time, she beats a small child in the head with a metal object. It appears to be a spoon.  She tells the child nobody including his own mother loves him, and also tells him to kill himself by playing in traffic.

She was sentenced in April for this incident.  She received 2 years probation and is not allowed to be around children, even her own, without adult supervision.   She went by Michelle Morton on facebook, which lead to some initial confusion on her name.

Wyou Eyewitness news got to the bottom of this!

WARNING: This video is disturbing 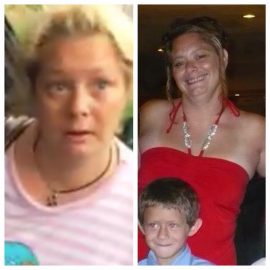 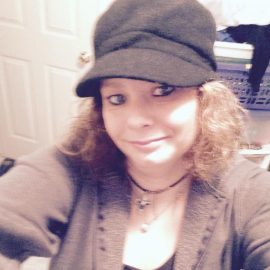 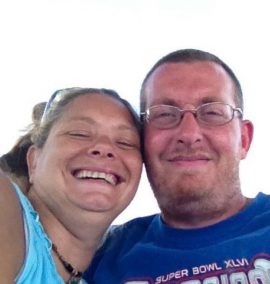 All images and videos are taken from posts each individual person has made publicly. The purpose of this page is to expose people, not to condone violence against them.

This B needs to be buried alive!!!!

After watching this video, I’ve never felt such an overwhelming need to track someone down and physically hurt them. Hearing the children sobbing broke my heart. I hope those boys get the help they need.

We have put it up to a vote now whether or not the father should also be listed in this directory, it’s at the bottom of the main page, and it’s totally up to the people viewing this story. http://www.illwriteit.com/matthew-krpata-watches-ex-wife-beat-his-child/

She only got 2 years are you kidding me. She even said, she was going to kill them. The law did not do justice for these kids.

I know her from high school and have kept in touch with her over the years, by Facebook and by phone and although I don’t condone her actions in that video, people have to remember that meds were obviously kept from her, she was provoked and possibly set up, and the woman seen in that video was not the same girl I knew and know.. She was in obvious pain and crying for help herself!! She was antagonized and desperately needing help!!!! I wish her all the best in receiving that help!!!

What a bunch of horse shit! She’s a grown ass cow beating on and severely verbally abusing a terrified and helpless child. Psychos like her kill 7-10 children a day in the U.S alone. I feel sorry for the helpless child who will have emotional scars for the rest of his life. GUARANTEED this was not the first time she abused those children. I hope her fat, cracked out looking ass chokes to death!!!

Your a dumb ass cunt that belongs in jail with her if you seriously are sticking up for her!!!

you are disgusting for sticking up for this crazy demon c*nt she needs to just be publicly hung after putting her in General population and telling the whole womans population what she has done so they can torture her the way she tortured these poor boys.

I cannot even watch the whole video. That other adult female and the child’s father are just as responsible as far as I’m concerned. They ALL should have gone to jail. How can anyone stand by and watch her do that to those kids??? I would have grabbed that bitch by the hair, pulled her off that bunk backward and beat the living hell out of her! I would have been glad to spend the night in jail protecting that child! There is NO EXCUSE for anyone to treat a child like that.

I have to agree with you, this was the hardest video I’ve ever had to edit. The real video is about 10 minutes long but we had to shorten it down to 2 minutes in order as it is to only show the parts that showed abuse (verbal and physical). We were also kicked off of youtube for uploading it so we had to self host it here, at this website, until WYOU took the story up and covered it themselves.

Those kids are going to be screwed up for life. Don’t give her a chance to screw them up any more than they already will be. Involuntary sterilization is appropriate 🙂

You all have to remember that this horrible excuse for a sperm donor is just as much to blame for letting his kids live around this sleazy disgusting c*nt.