Judge Eugene Gasiorkiewicz believed it to be unreasonable that the prosecution asked for a 9 month sentence for Samuel Curtis “Curt” Johnson III, the convicted child rapist heir to SC Johnson who admitted to molesting his 12 year old daughter over the course of 3 years at least 15 – 20 times.

The pedophile enabling judge said he was “troubled” by the states recommendation, since he’s never seen prosecutors seek maximum sentences for a first-time offender before, and imposed the term the defense suggested.

He sentenced the pedophile child rapist to 4 months in prison. Justice doesn’t apply in this pedophile enablers courtroom. 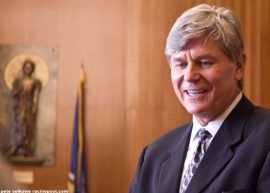