At one point in time the 14 year old son managed to get the cat away from Kelly and call 911.   Samantha apparently took the cat away from him again and held it down a second time as Kelly stabbed it.   The cat eventually died around 8:50PM. 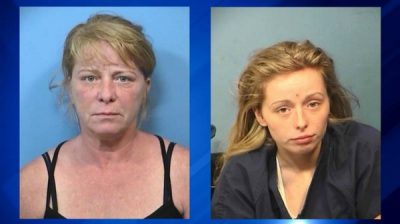 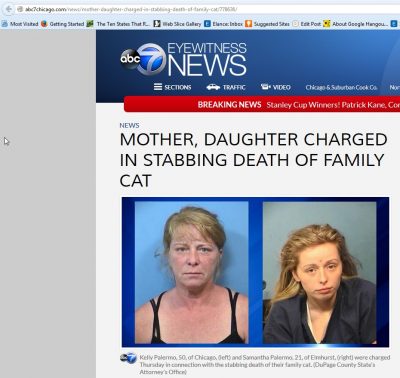 Thank God the 14 yr old called 911. By their appearances, maybe they can both get help to get off crack!

I personally want to claw their eyes out for their crimes against a fellow feline.

Dirty filthy disgusting bitches!! I wish the cat could of clawed their eyes out before it died!! There’s a special place in hell for people like this!!