Shona Banda has suffered from Crohn’s disease for nearly a decade.  Crohn’s disease is a chronic bowel disease that causes inflammation of the intestinal tract and produces an intestine that can no longer adequately absorb food and water.  Banda claims her joints were in extreme pain and she had to do most of her parenting from the couch. 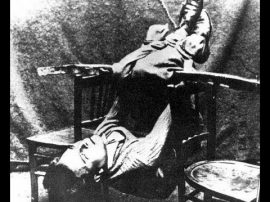 All was fine and well in Kansas, until the local school used tactics straight out of the Gestapo handbook on her young child.   Her child stood up for Marijuana when a teacher began spreading anti Marijuana propaganda.  He explained that he witnessed his mother’s disease go into remission because of the cannabis oil she had been using, that was all it took for school educations to detain and interrogate him.

School administrators called him into their office and began interrogating the child about his mothers Marijuana usage. They then called Child Protective Services and Banda quickly lost custody of her son. CPS then notified local law enforcement, and a warrant was obtained to search her home. Police discovered a little more than a pound of marijuana and equipment to manufacture cannabis oil. The police said that the items taken from the house were “within easy reach of the child.”

Banda turned herself in last Monday without incident.  She later posted $50,000 bond with the financial help she received from a GoFundMe campaign set up on her behalf. She still doesn’t have custody of her son, and faces a maximum of 30 years in prison.  The fight against Kansas’s corrupt laws is far from over.

Kansas needs to wake up and realize that people don’t live in caves anymore.   Marijuana has medical benefits which has been proven through science.   It has been proven to be less harmful than alcohol, and has also been proven that you cannot overdose from it.   The real problem is that the US federal government continues to be list Marijuana as a Schedule 1 drug with no medicinal value.

CPS assumes a parent who uses Marijuana is worse than a woman who beats a child for 10 minutes straight. 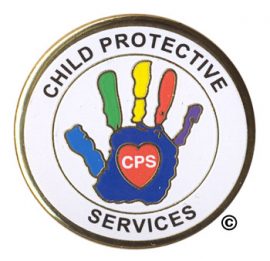 Child Protective Services is a failed organization that needs investigated Thorougly.   We’ve recently reported a story that resulted in a massive child abuse coverup investigation into Child Protective Services in Pennsylvania.   A woman called CPS to report child abuse several times and was ignored.  A year later a video surfaced online of a woman beating a child for almost 10 minutes straight, at times she struck the child with a metal object.   Somehow this case isn’t investigated and is covered up and ignored, but God forbid you use Marijuana Crohn’s disease, they’ll take your children from you in less than 24 hours if they catch you doing that.

God these f*cking anti Marijuana nazis need to grow the f*ck up! Our founding fathers used hemp and Marijuana for recreational uses, clothing, sails, ropes, etc. And was only outlawed because of some retard. Hell it was re-legalized during the times of ww1 for manufacturing purposes, at which time f*cking Henry Ford was going to make a hemp-plastic material stronger and lighter than steel, but only made it to a testing phase before it was outlawed again! Marijuana has way more gains than losses..

Just letting you know because some people get mad about it, you can swear it doesn’t bother me, but we put a star in for some of the vowels before approving because if we let foul language display on the search engines we’ll get penalized for it. We approve comments like yours and support free speech but we have to put a * in some of the words so we don’t get punished for it.

I’m deathly allergic to the stuff, but it’s medicinal uses are well studied. She was treating her disease (and it was working well), but god forbid it was mary jane that was working. This prohibition needs to be knocked down federally. The oil is legal here in GA for medical uses, if this backwater state is on the way to legalizing it, surely other states should follow suit.