William Clyde Allen attempted to dox the home address of a veteran and her 3 and 5-year-old children. Allen then made suspicious threats and implied people were on their way to kill them. When Allen is not harassing people online, he’s usually posting about how to make cyanide gas or a crazy conspiracy theory. Allen is a Navy Veteran, however, veteran or not, there is no excuse to endanger and then threaten to kill a veteran’s family.

The incident began when Shaun Pitta sent pictures of his penis to a female veteran on the same device her 3 and 5-year-old children use. The veteran did not know the man, it was a completely random act. She became enraged and made a post about it, a fight ensued, this is the moment when William Allen jumps in.

Allen decided to attack the female veteran. He first doxes her, which is the practice of posting the home address of a person online, and then loosely implies that Shaun Pitta is on his way to kill her. This is a serious threat, as Pitta has a conviction for a serious firearms offense.

William Allen came on Prissy’s wall and began posting screenshots of alleged fake reports he made with several federal agencies including the FBI, CIA, and Department of Homeland security. He attempted to scare her into silence, he hoped she’d believe the FBI would come to her door.

When it was obviously she couldn’t be silenced, Allen engaged in an online campaign against the veteran, attempting to cut off her source of income, the same source of income she feeds her two young daughters with. Allen was a part of a mass reporting campaign against the veteran and her followers, which resulted in a 30 day ban for multiple people. Pitta, Allen, Lewis, and their Cronies play Gi Joe online in secret Facebook groups. They post people’s profiles, and then simultaneously report them to get them suspended from Facebook.

While we will not post street addresses to prevent retaliation crimes, we will post enough information to assist you in the event that you are a victim of harassment by William C. Allen. 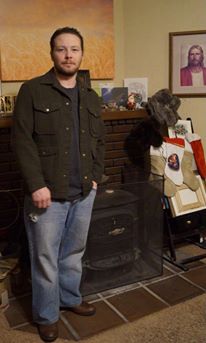