Have you heard about Michael Whaley? He was the African American Marine that made a viral video “outing” the #blacklivesmattermovement. His video earned him a segment on the Kelly file in which he gave a somewhat awkward interview, talking over Kelly a few times at the end. Since this segment he has never appeared on prime time television again. Have you ever wondered why?

Before we proceed with the story we’d like to take you back to one month before Whaley became famous for his video. Did you know he tried a gofundme to raise money for Chicago lives while posting a guide on “how to be famous”. The same profile contained anti police rhetoric as well as several questionable videos. In our opinion the profile shows us that Whaley had a desire to become famous and was pursuing it via controversial topics a month before he hit it big with his anti #blacklivesmatter video. See the video to the right for more info, or continue with the story below.

After appearing on Fox news Whaley opened a gofundme campaign with a $10,000 goal. It got off to a good start until a group of people became concerned with some information they learned about Michael Whaley. They began investigating Whaley before donating to his cause. The investigation was primarily lead by Scott Jackson and Heather Briggs, though several contributed. Eventually Jackson and Briggs released videos exposing the evidence they had uncovered.

The video caused quite a shakeup. They exposed felony charges involving assaulting a female and another involving a robbery. They found several controversial videos and racist posts. This would not come without consequence.

The video caused quite a bit of dissention within the ranks of the #alllivesmatter group. Screenshots emerged of Whaley and other administrators discussing hacking Brigg’s account in order to make her post racist comments. This would discredit the information she released. Screenshots also emerged of Whaley acknowledging this conversation when called out on these actions.

We’ve also noticed several people on Whaleys page that will dox attack anyone who confronts Whaley. doxing is when you release a name and address publicly in an attempt to harass them. We “tested the waters” by posting controversial information that Whaley himself published publicly in the past. Within a few minutes a group of people began claiming it was from a fake account. This would imply that people on that page are researching information on anyone who exposes anything about Whaley with the intent to harass. 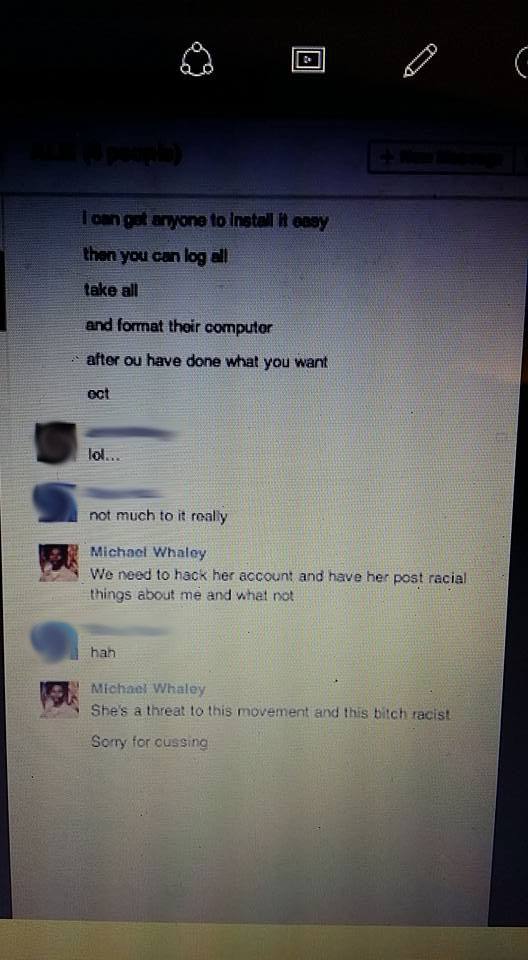 The #alllivesmatter’s facebook page made an announcement that they had cut ties with Michael Whaley. That still doesn’t stop him from raising money on funding websites under that name, as he is still doing today.

There are also complaints in the second picture regarding the bullying and abuse that was coming from Whaleys camp. Anyone who argued or dared confront Whaley was attacked and ridiculed. This is the exact same thing he has been accused of recently.

What Did They Find?

When you launch an attack on someone and attempt to hack their account to silence them it incriminates you.  We have shown the conversation where Whaley was trying to hack people to make them look racist as well as the administrator of #alllivesmatter, which is Whaley’s group, admitting the conversation did indeed take place.   You have to wonder what information was dug up to make someone go through such great lengths to try to silence it.

Videos uploaded to a vine account appear to show Whaley waving around a firearm several times. In one of the videos the cheefkief entity is mentioned. We’re sure this account will be purged soon like the rest of them which is why we downloaded and reuploaded the videos here. 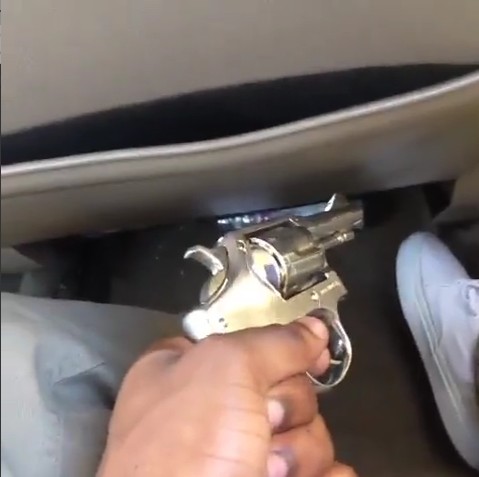 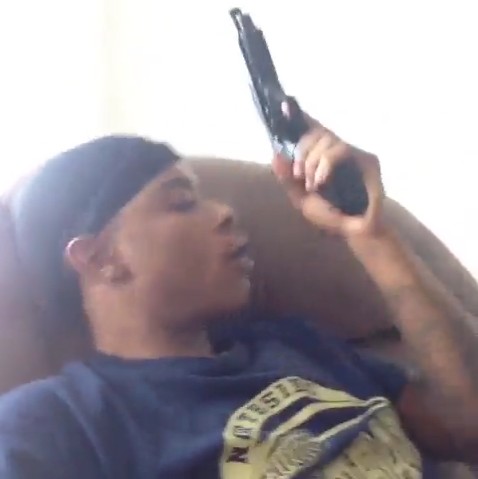 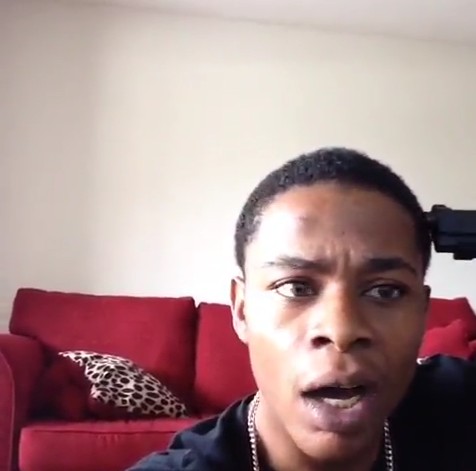 Ironically a mugshot style website features 3 felony charges that occur just 5 months after the last upload on the above vine channel. There was also a charge from 2011 for assaulting a woman (2011). On the felony charges Whaleys defense is that he performed “street justice” He claims someone did something they shouldn’t of so he beat them up and stole their gun. 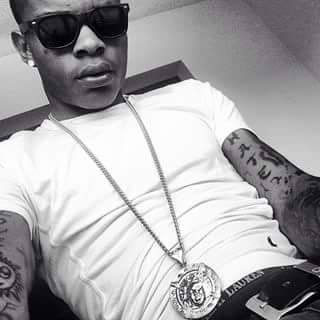 Whaley admits at the 1:00 minute point of the above video that he faces 3 felony charges. 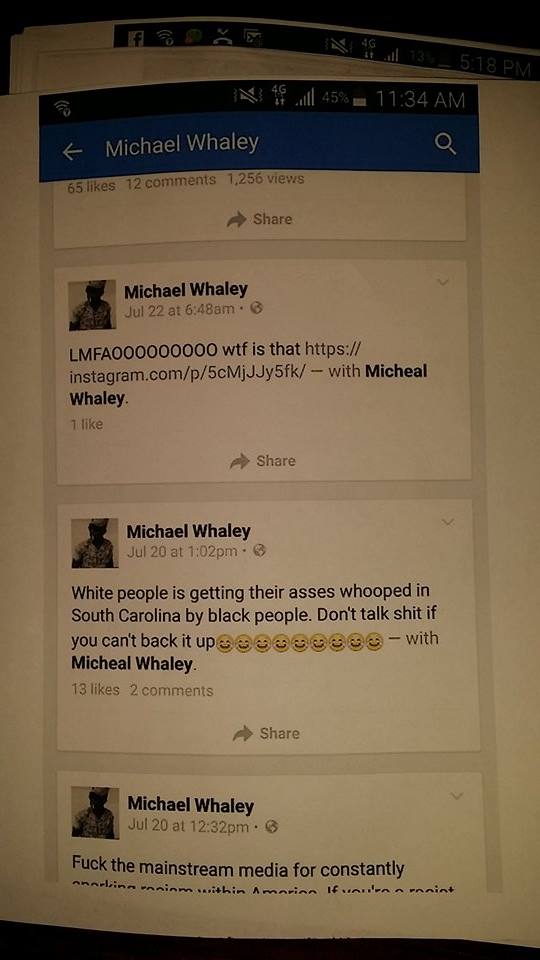 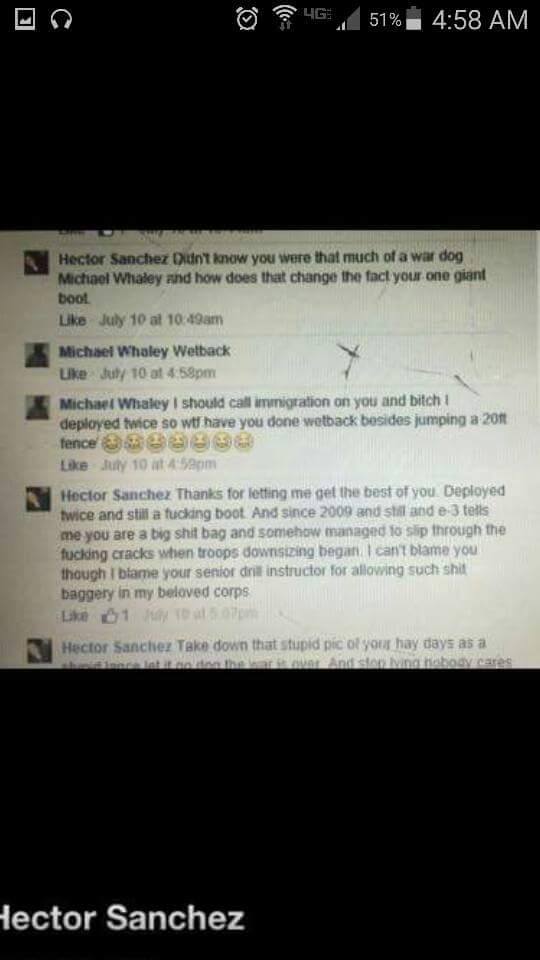 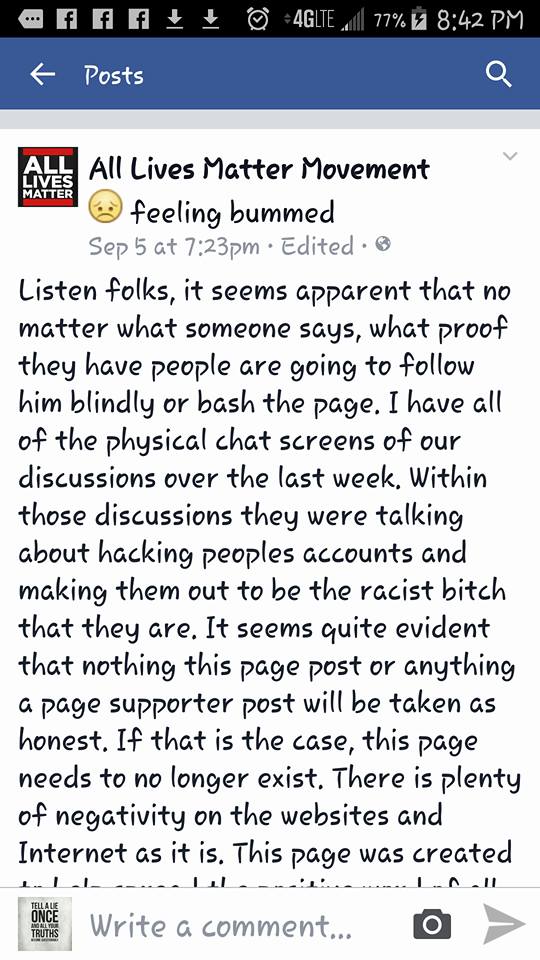 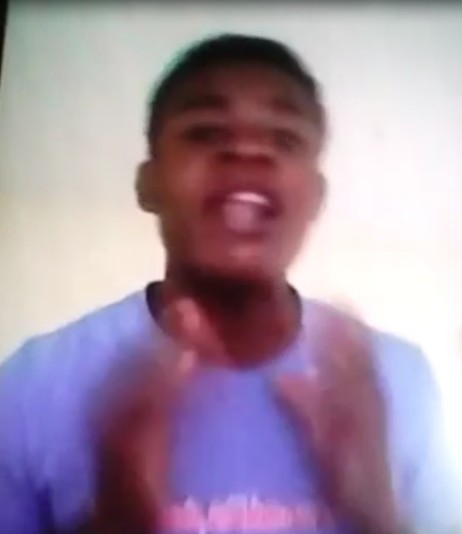 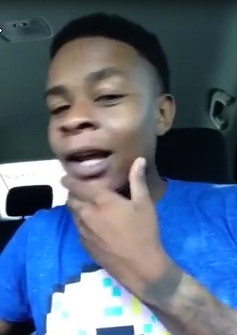 A week after this article we received a video uploaded by Whaley where he said Pedophile, Child Molesters, and rapists lives matter because can’t judge anyone because we’re not God. This came after a week of questionable anti police rhetoric and racially toned posts against white people. Whaley was loosing friends by the hundreds.

We intentionally released an article on this subject, but didn’t share it on our official pages. We only shared it on personal pages, soon out of nowhere the trolls came out. One Whaley troll shared information straight off of Nocturnus Libertus’s website, thus exposing the Whaley #alllivesmatter camp for what it is…

He said in his confession video he needed to be a golden boy for 2 years,,,,he’s not doing a very good job is her!?!?

Disgusting and distasteful article. Who appointed you as a spokesperson for The Marines? So what if he has a sinful past? It doesn’t make anything he says today about the #Alllivesmatter movement any less true. The real disgrace is you. Here is The Truth; Christ is the only way, the truth and the life, all who come to him are washed clean. Guilt, shame and hiding in the shadows for fear of your past being exposed only comes from the devil and since I can see you are taking lead in playing his game, I rebuke you in the name of everything that is good in this world. You have disgraced yourself with such an article…none of this is relevant to what he is advocating for now. You are only discouraging other people who want to speak up from coming forward for fear that their past will come to haunt them.

Oh his fiance, who appointed you the spokesperson for Marines? He doesn’t just have a sinful past dear it’s still happening today which is what you’re so angry about. IT’s a federal offense I believe to discuss hacking someones account, and could be considered a hate crime since the intent was to “make the person say racist things” There’s also a charge for a class 2 controlled substance I believe that is due in court the end of this month?

You can only use the “i’m a marine” thing to get away with mistakes for so long, Whaley is now disgracing the Marines. Pedophile lives matter? Child molester lives matter? Seriously?

Meanwhile while you both were raising money, we factually stopped all those movements with our own money you talked about. #ericsheppardchallenge, #fyoflagtour #FYF911. We ended Erica Walker, Nocturnus Libertus, Palmetto Star, King Noble, Carol Sunshine Sullivan. We even exposed child abuse scandals.

What have you done in the past 4 months other than raise money dear? Make a video and get on fox news? Our content was used far more on Fox news than your fiances we just don’t go around showboating it.

If the attempted suicide is true I hope that he gets help for it. IF you want to blame someone, blame the people that gave him the false hope that this was actually going to work by putting him on a false platform that he used to raise $3000. Had this of been properly researched he never would of got on Fox news in the first place. People make mistakes, I don’t blame Kelly for it, I think one of her investigators that was assigned to it didn’t do their job. That person should be reprimanded, especially if the attempted suicide is true.

All we did is published his own videos, you cannot blame the messenger, it’s like blaming guns for gun violence.

Your emotional rant is a true contradiction of what you call the truth… Emotional rants and truth don’t mix well…. Rebuke your own emotions and the study and meditate, to ask and then receive ” The Truth “….Unless you love emotions more than truth…..

Thank You…… Great Job…. I couldn’t resist blogging about my experience with Michael Whaley. I hope that my blog sheds more light on your work….Thanks Again…