Bikers and Veterans chase flag burners out of NYC park

Disarm NYPD got a huge surprise Wednesday when hundreds of counter protesters showed up to the protest armed with flags and squirt guns. Noticing they were outnumbered, a group of “Disarm NYPD” flag protestors hid from the main protest and burnt an American flag behind everyone’s back. 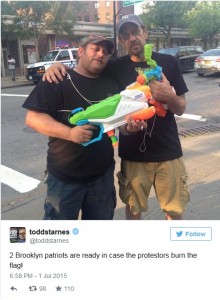 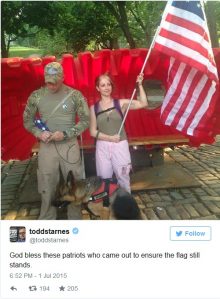 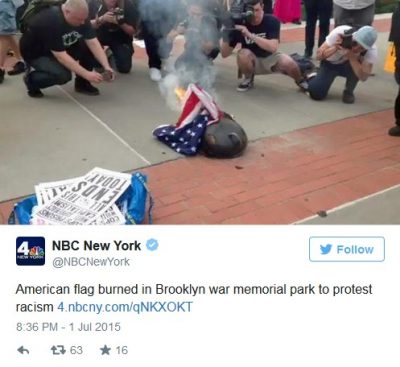 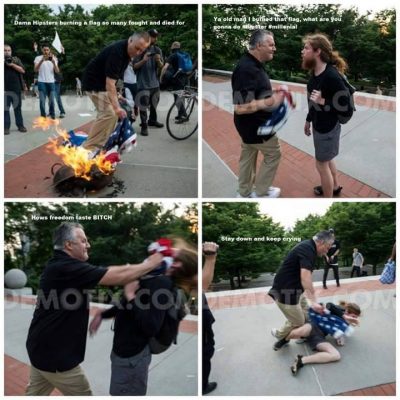 The Queens Chronicle reported that John Carrol was the man that saved the American flag from being completely burnt. Protestors initially tried to leave the main site and hide when burning a flag because they were scared of repercussions. This is when John came rushing in and grabbed the flag out of the fire. In the video to the right you can see him attempt to confront the person who was burning the flag, but that person didn’t have enough courage for that. Instead these mighty “anarchists” ran to the same police they were protesting against…

The people that were behind this Anti NYPD Protest are obviously cowards. When the moment came they begged for help from the same entity they were protesting against. When the protest first started they tried to leave the main group and burn a flag in seclusion. When an older Veteran noticed this and ran to defend the flag they all scattered like the cowards they were.

If the Disarm NYPD protestors had got what they wanted, the police in this situation would of been disarmed. When the counter protestors showed up, there would of had the ability or means to protect the protestors. Congratulation NY Anarchists for proving why the idea behind your movement is absolutely ridiculous. How would you survive in a lawless society without police if you can’t face an older Veteran. Enjoy your mothers basement while she still lets you live there. 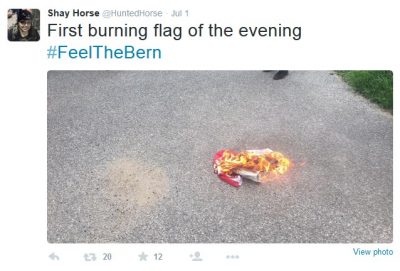 Wasn’t aware of this thanks, I’ll look into it.