Macon Georgia: Between 50 – 70 African American teens were caught on surviellance video trashing the local Walmart in Georgia. According to the news a teenager flashed “gang signs” ahead of the mob. The mob then ran in the store and began smashing merchandise. The police showed up and the suspects ran. Later one was foolish enough to come back for his cell phone that he forgot while destroying the store and was immediately arrested. An estimated $2,000 in damage was caused. The incident appears to of been planned by the African American teens.

Some African American teens in the crowd went as far as to throw a man off a motorized shopping cart that could of been disabled. They pulled him off his cart for no reason at all and drug him to the floor Bibb County sheriff’s officials said Monday. 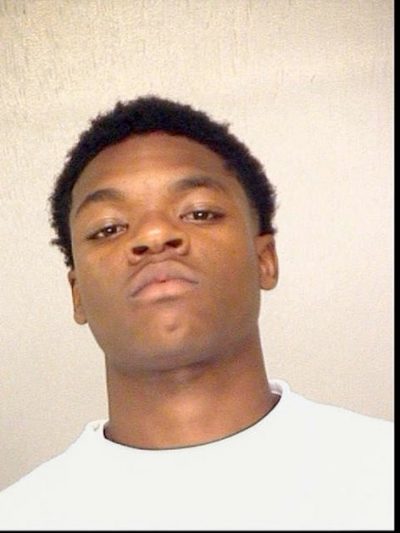 Floors in parts of the store were “coated with broken merchandise,” the report added. “The length of the store from front to rear was lined with items which had been shattered, destroyed, turned over and thrown about.”

“that this was a planned event … to see how much damage they could cause,” – Kharron Nathan Green, the Black Teen leading attack according to Sheriffs report

17-year-old Kharron Nathan Green, of Ashton Drive in northwest Bibb County, was arrested when he returned to the store to retrieve his cellphone. Kharron was incarcerated and later released on bond after being charged with inciting a riot and second-degree damage to property. According to police at first he tried to lie out of it but admitted to the crime after mom showed up. He refused to name others in the crowd, only saying they came from a party on the city’s south side.

for some reason Georgia seems to be a hot spot for these thugs,a lot of flag burners there as well,f’ing animals.is this what we the hard working,tax paying,God fearing citizens have to look forward to in the near future?