Samantha Palermo was a part of a mother daughter team that fatally stabbed a cat to death. Apparently they became agitated with the cat, at which time her mom held the cat down while Samantha stabbed it in front of a 14 year old child.

The child managed to get the cat away from them and then he called 911. Unfortunately the mother regained control of the cat, at which time Samantha stabbed it again, and the cat died. 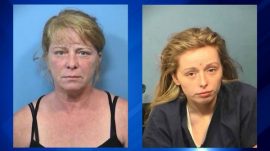