Vicksburg School Evacuated When Explosive Was Smuggled In A Students Backpack.

You are here:
Popular News 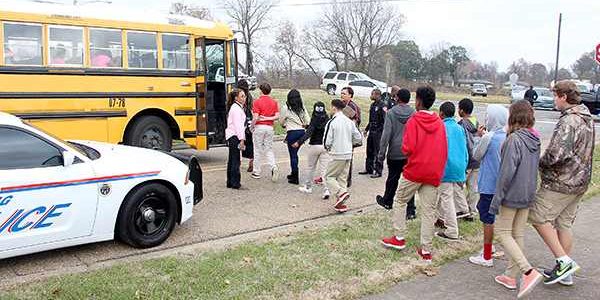 Students were evacuated about noon Wednesday from Warren Central Junior High School, after a backpack was found containing an IED device. The school is located in Vicksburg, Mississippi. Two students were involved, and though no names have been released, one was 13 years old. While controversy in the area has already begun about the race and religion of these kids, personally, I don’t understand why that matters. Due to their youth the media will naturally not release personal information. Another common criticism is the lack of notifying parents until after the the situation was deescalated. While I understand that no one wants to incite panic, these situations seem to be happening more frequently.

More concerning for me, is the lack of parenting involved. A search of the home was conducted, and there was traces of not only this explosive, but material to make more. No statement has been released about the parents of these children. Many of you remember the “Clock kid”, and the outrage when he was taken in for questioning about his so-called science project. It is a relief to know that the authorities will still fearlessly investigate into these situations, seeing as some of these scares can have very dangerous results.

“It came about by way of a concerned, courageous student who did the right thing in reporting it to authorities,” Police Cheif Walter Armstrong said. “We are very grateful that the child came forward with information and prevented a serious incident that possibly could have taken place at school,”

Authorities said only one of the students was charged with possession of an explosive device and a weapon on school property. Officials said the student also had more than one knife. The second student has not been tied to the explosive device, yet. He did however have a knife on his person. 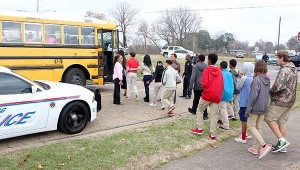 Students being evacuated while the the explosive is being sought.

The Clinton Police Department bomb squad was called in to remove the device. They didn’t seem to be overly concerned about the potency of the device. The statement was the device would’ve caused minor damage.

The two students involved are being held at the Warren County Detention Center and will be tried as juveniles. The explosive was detonated, with no injuries reported.