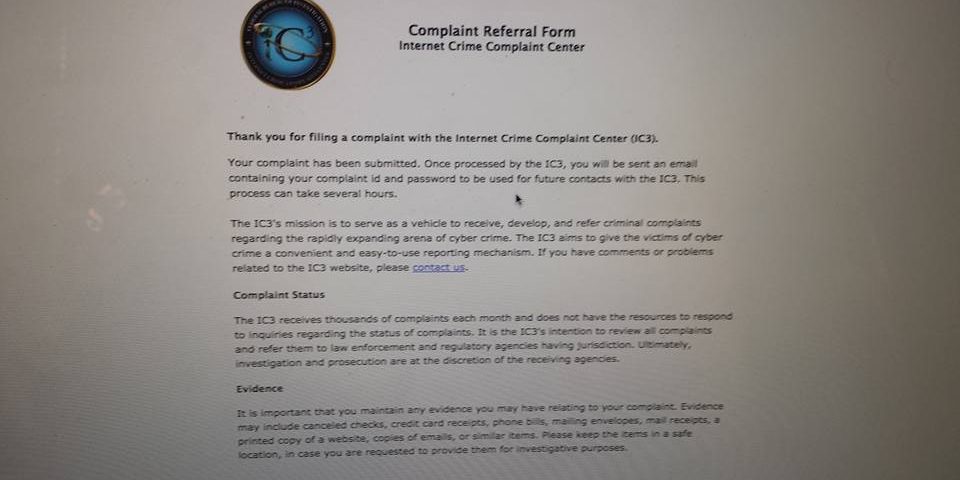 Many have been wondering why I.W.I. has removed all videos we’ve recently made on the Eye Empress case.   The reason for this is because we were asked by someone from the prosecution to do this.   We are now providing all the evidence we have directly to them rather than the media or our followers as per their request.   What they say makes complete sense, if we keep going back and forth with their attorney (Gerald A. Griggs) all it does is “muddy the water” and makes the case more difficult than it has to be.

Gerald A Griggs has been posting statements and comments like these to people who leave him 1 star reviews:

If you receive a similar response for leaving a 1 star review on his facebook page we recommend you report Gerald A Griggs for intimidation and harassment. It is your right as a facebook user, and your right as an American citizen to express your feelings on a review. Gerald A Griggs has absolutely no right to threaten to report you to the FBI for leaving him a 1 star review without saying anything else.

With that being said we are not engaging in any campaigns at this point in time to try to encourage people to leave him 1 star reviews, unlike the people on Empress’s side, who have actively launched several campaigns to try to defame the reputation of the judge in the case:

So why is Griggs getting so many 1 star reviews?

For one he went on his facebook page to say he was involved in a case with an interesting “Hate group”. Many took that, including ourselves, as Mr. Griggs calling white patriots a hate group. On top of that with evidence released after the bond hearing many believe that one of Grigg’s witnesses Chauncey Nedd committed perjury under oath.

Finally we have the man seen in the picture below with Mr. Griggs after the case trying to intimidate people not to testify or provide evidence to/for the prosecution in the case. This is our best estimation as to why Mr. Griggs is receiving so many negative reviews.

The man seen above pictured with Mr. Griggs is now appearing in online intimidation videos made against people providing evidence to the prosecution:

Many are concerned with the fact that a man Mr Griggs got his picture taken with no more than 3 days later is uploading videos implying that anyone who submits evidence to the prosecution will get arrested. Many consider this “Witness intimidation”

Nocturnus Libertus, a famous supporter of Mr Griggs, showed up on the page to mock dead veterans.

I left a review and a comment on Mr. Griggs page, I woke this morning to the letter from Mr. Griggs, and my comment was removed from his page. My comment was in no way racist, it was in defense of good Patriotic Americans being tired of these threats to police officers, KRAKKKERS and COONS as they call us!
Absolutely sick of RACISM!

I thought Mr. Griggs was going to attempt to characterize terrorist threats as free speech in the Empress case. How ironic that leaving a one star review of him on a public site provokes such a reaction from him.

Hard to believe it has been a year