Mass Shootings in Philadelphia and Detroit, both involve children.

Two very similar mass shootings Occurred Saturday June 20th 2015.   A man opened fire with a shotgun around 10 p.m. along the 4100 block of Ogden Street at a group of people having a picnic. The gunman injured at least 7, one of the victims was a 18-Month-Old.

In Detroit at approximately 8:45pm, a Gunman opened fire on a neighborhood barbecue party that was attended by families with some small children in strollers. Some of the children were playing in a bouncy house at the time of the shooting. 10 people were shot, 1 was killed. 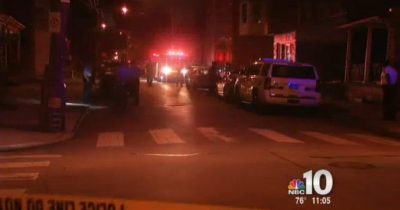 NBC Philadelphia first reported that an unidentified person or persons opened fire on a block party on the 4100 block of Ogden St. A bullet grazed a 18-month-old girl on the side of her neck. An 11-year-old girl was grazed by a bullet in the left knee when then struck her right shoulder. A bullet also struck a 13-year-old boy in the chest. All three children were transported to the Children’s Hospital of Philadelphia and were later listed in stable condition.

Local 4 news first reported that an unidentified person or persons opened fire on a barbeque party by a basketball court with over 400 people in attendance between Dexter Avenue and Webb Street. There were children playing in a bouncing house, strollers were left behind and tipped over as mothers grabbed their children and fled for their lives when the gunfire erupted.