Denver Colorado – Swiping right on Tinder leads to a date rape. Darren Auger has been accused by police of raping a 22 year old woman he met off of the Tinder app. Prosecutors are concerned that other women may have been victimized.

After a week of texting, the two met for dinner and walked their dogs in Wash Park. That’s when she invited Darren Auger back to her house. When they arrived started making out, but when she didn’t want things to go farther, that’s when Darren Auger forced himself on her while saying: 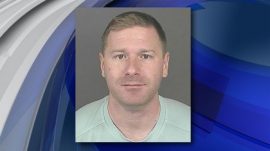 a lot of girls say no but they like it afterward.

CBS4 was the first to report this story.