COUPEVILLE Washington – Sheriff Mark Brown reported that a mentally ill man’s death from dehydration at the Island County Jail in April was intentionally covered up by jail deputies.

Keaton Farris, 25, of Lopez Island, died April 7th. The water had been shut off to his cell. Corrections deputies claimed they were checking him hourly but it was later determined that this wasn’t true. Farris did not receive medical or mental-health evaluations for days after being booked. For the nearly two weeks he was in the Island County Jail, Farris’ fluid intake was than a quarter of the amount considered minimum for survival. 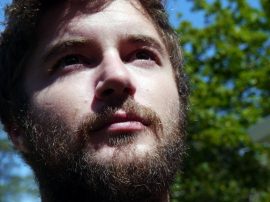 “I am truly sorry for this tragic death,” Brown said in a news release. “Mr. Farris did not receive the attention and care he needed.”

The parents have established a website dedicated to their son and raising awareness about his death.

“The family is devastated, The report is shocking. There was a complete disregard for the health and safety of a mentally ill man.” – Family Attorney 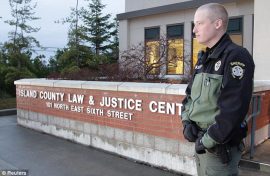 Farris, who was diagnosed with bipolar disorder, was involved in two incidents that lead Deputies to shut off his water. On March 30th he intentionally put his pillow in the toilet and then on April 4th he flooded his cell. Corrections officers then shut off the water to his cell but never made sure he was adequately hydrated.

The two corrections deputies tried to falsify court records to cover up the death, but later admitted to changing the logs after Farris was found dead to make it look like they performed the required checks. The chief deputy in the jail was suspended Thursday for 30 days without pay, and a lieutenant was placed on leave. The two directly involved with the incident have resigned.

A report released Thursday shows that Farris bounced between three other jails before he was moved to the lockup in Coupeville. All jails made some mention of his mental condition, while one reportedly used a stun gun on him.

Farris was arrested by Lynnwood police on March 20. He was charged there with identity theft for cashing a $355 check that didn’t belong to him. When he failed to show up for court a warrant was issued for this arrest.

He was found dead at 12:40 a.m. April 8. His time of death was estimated at roughly two hours before. Farris’ family is planning a demonstration outside the jail in Coupeville at 10 a.m. Sunday.

He attended high school in Coupeville and Lopez Island, where he graduated in 2008. He spent most of his life on Lopez Island and was living there prior to his death. He enjoyed writing, walking the beach, playing basketball and hanging out with friends and family. He “planned to one day sail the world and live off the land while he continued to write,” according to the website. “Keaton was loved by his family and friends on Lopez and Whidbey Island.”