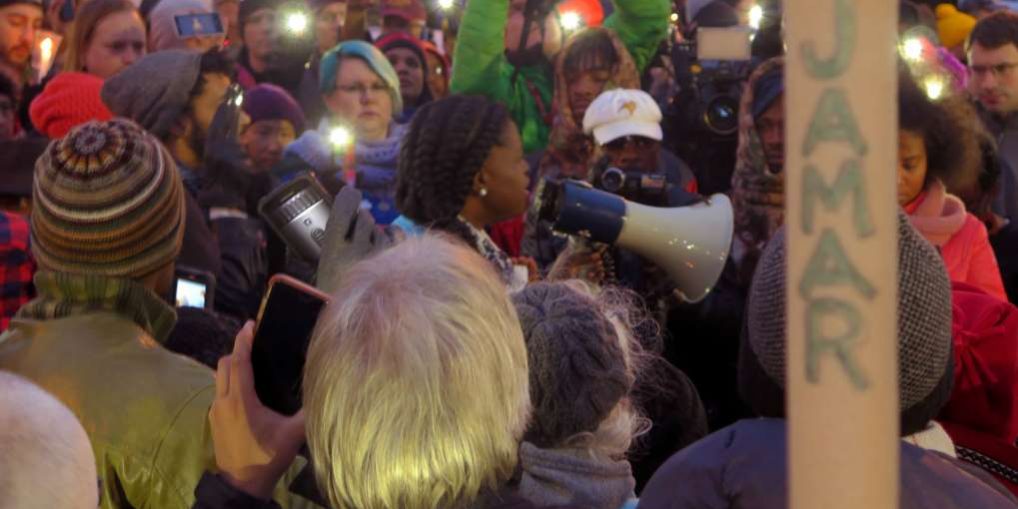 5 victims who have not yet been identified were shot at a black lives matter protest in Minneapolis Minnesota. According to eye witnesses 3 masked men were at the protest. At some point they walked away and were followed by a group of protesters to a street corner. The masked men opened fire. 5 protesters were shot. Their conditions are unknown at this time. Police are looking for 3 white males.

There are also reports accusing the white men of being white supremacists based on their actions prior to the incident. A woman claimed that when they peacefully tried to eject the masked men that is when the gunfire erupted:

“A group of white supremacists showed up at the protest, as they have done most nights. Protesters tried to eject them peacefully when they suddenly opened fire about a block away from the 4th precinct.” – Misky Noor of Black Lives Matter

The incident occurred around 11pm in the area of 14th Avenue North and Morgan Avenue North, approximately one block north of the 4th Precinct station where protesters have been stationed since Sunday.

The asked the m “Peacefully ” to leave my ass.
Black Lives Matter are all about Violence.

There is A LOT more to this than meets the eye.