It was first reported by Time that the Confederate Memorial at UNC Chapel Hill has been Vandalized by the #blacklivesmatter crowd.

The words “murderer” and “black lives matter” were spray painted on the statue. Police are investigating but do not have any suspects so far.

The statue was erected in 1913 and commemorates the more than 300 UNC students who died in the Civil War. The soldier’s statue is nicknamed “Silent Sam” because the soldier doesn’t carry a cartridge box and is unable to fire his gun.

“As an African-American woman, who is a student here, that statue is the very statue that pretty much says I don’t belong here, that I shouldn’t be here,” – UNC student Kirsten Adams. 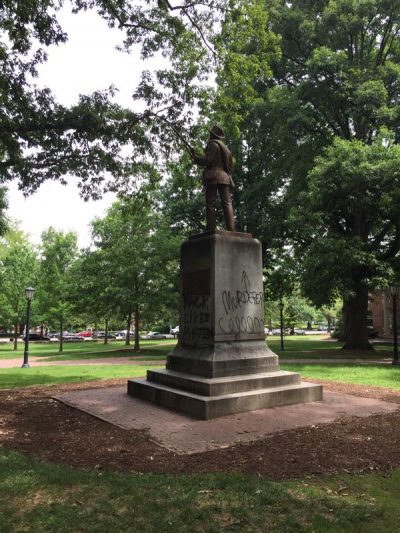